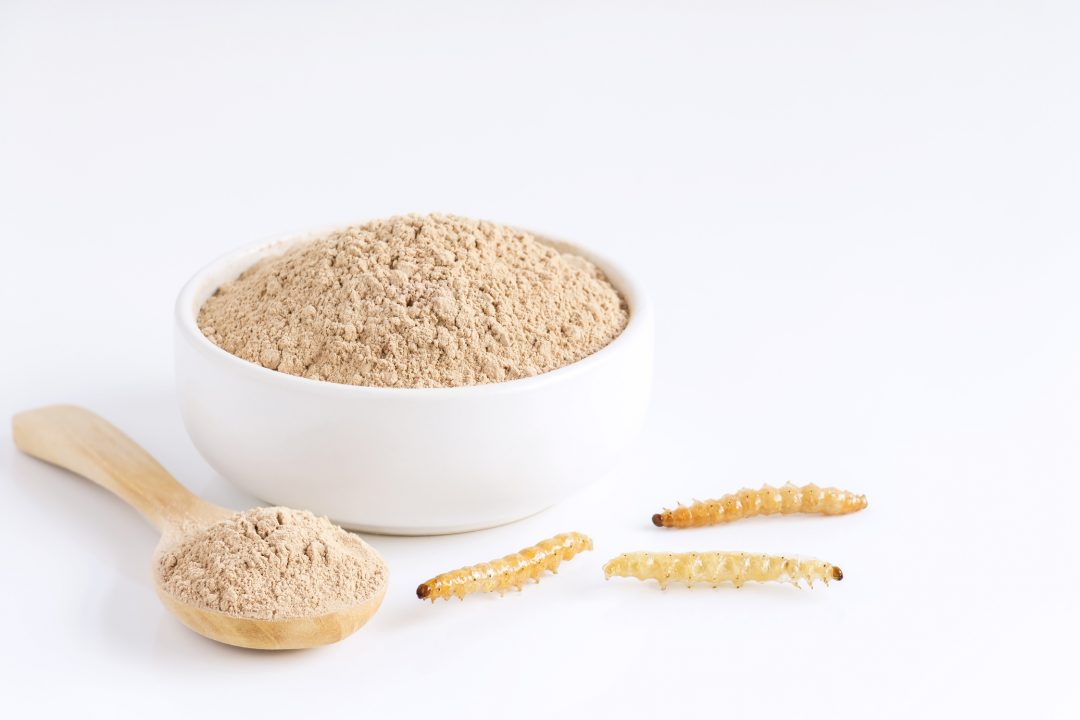 As the human population grows to a predicted 10 billion by 2050 and overall land mass remains constant, traditional animal farming may become a less viable method for food production.

Animal farming has traditionally fulfilled human nutritional requirements for protein, but insects may serve as an alternative for direct human consumption in the future.

Their findings are published in LWT.

“We have a patent on a protein isolation procedure,” Jaczynski said. “We use our patented technique to isolate protein and then we also learn about properties of isolated protein and how it can be potentially used in food for human consumption.”

Protein isolation is a process that allows purification and up-concentration of protein from various sources, according to Jaczynski.

Whey protein isolate is a very common food additive that results in, for example, foods with boosted protein content. In Jaczynski, Park and Matak’s project, they isolate protein such as muscle protein from insects.

Jaczynski and Matak said that as the human population grows, there needs to be an alternative protein option available.

“I think overall, we have a good handle on carbohydrates, but protein is always behind,” Jaczynski said. “That’s why we target protein from those alternative sources like insects to hopefully contribute to less hunger, malnutrition and difficult societal issues.”

“The global demand for sustainable sources of protein has created a shift from traditional sources like meat to other sources that were otherwise overlooked,” Mataksaid. “Edible insects and insect flours are promising as meat alternatives because they are typically rich in protein and contain all of the essential amino acids.”

To make eating the insects more appealing, researchers suggest turning the insect into powder. This method is similar to how humans process gains into flour to make it more edible.

Essentially, insect powders are dried and powdered insects and are similar to grain flours or plant-derived powders.

Although insect powders are a simple and convenient processing method to increase shelf life, the original composition likely limits their applications in food products, which could result in low consumer acceptability, according to Jaczynski, Park and Matak.

Park said insect powders are currently commercially available and can be found in granola bars, tofu and burgers.

The practice of eating terrestrial insects is widely accepted throughout most of the world. However, in Western cultures, chowing down on insects is viewed in a negative light.

Despite this, most edible terrestrial insects are seemingly cleaner than crabs, lobstersand shrimp, because they feed on fresh plants and wood instead of carrion.

Jaczynski said that 80% of the global human population already consumes insects, and that Western cultures make up the 20% that do not.

“It’s a minority that doesn’t consume insects,” Jaczynski said. “As the population grows, we’ll have to feed everyone. I don’t say insects will replace our farm animals, but it’s another alternative that seems more sustainable than what we currently do.”

For example, insect protein can be harvested much faster than a cow or pig and would require less land and water usage as well. Insects also have a short lifespan, rapidly reproduce, and require simple and minimal habitat and nutritional requirements.

According to Jaczynski and Park, the harvest cycle for insects is generally 45 days, which is far shorter than four to 36 months for traditional farm animals.

A specific type of grasshopper was even shown to produce the same proteins that are in pigs and cows called actin and myosin.

There are over 2,000 species of insects that have been identified as safe for human consumption, but some species have been more commonly explored than others, Park said.

Park added that in some Asian countries, people will consume leftover silkworm pupae from a cocoon because of its high nutritional value.

In their study, Jaczynski, Park and Matak found that protein can be efficiently isolated from insects using pH-solubility-precipitation, resulting in isolates with high nutritional and functional quality.

Proteins, just like sugar and salt, dissolve in water. However, protein solubility depends on the pH of a solution that the protein is in.

“Depending on the pH of a protein solution, protein solubility can be turned on or off, sort of like a light switch, so that protein can dissolve or precipitate (no solubility),” Jaczynski said.

Precipitation is the opposite of solubility. When protein dissolves in a solution, it visually disappears from that solution, just like sugar or salt, while when protein precipitates, it visually re-appears, according to Jaczynski.

“With insects, our point is to selectively extract those nutrients, like proteins and lipids,” Jaczynski said.

“Grains have been around for ages, and they were totally accepted by all populations,” Jaczynski continued. “Why don’t we use insects with the same kind of model on a high level as a source of nutrients? We have to find a way to extract and isolate high quality nutrients and develop prototypes that will jive well with our taste buds.”