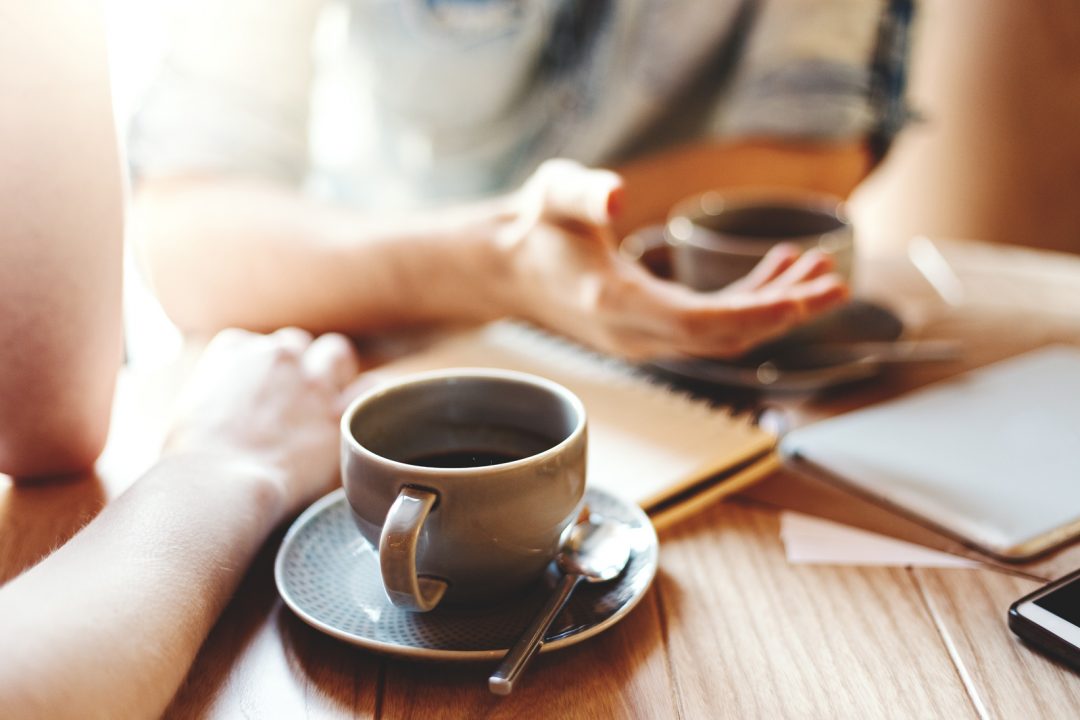 Drinking coffee — particularly two to three cups a day — is not only associated with a lower risk of heart disease and dangerous heart rhythms but also with living longer, according to studies being presented at the American College of Cardiology’s 71st Annual Scientific Session. These trends held true for both people with and without cardiovascular disease. Researchers said the analyses — the largest to look at coffee’s potential role in heart disease and death — provide reassurance that coffee isn’t tied to new or worsening heart disease and may actually be heart protective.

“Because coffee can quicken heart rate, some people worry that drinking it could trigger or worsen certain heart issues. This is where general medical advice to stop drinking coffee may come from. But our data suggest that daily coffee intake shouldn’t be discouraged, but rather included as a part of a healthy diet for people with and without heart disease,” said Peter M. Kistler, MD, professor and head of arrhythmia research at the Alfred Hospital and Baker Heart Institute in Melbourne, Australia, and the study’s senior author. “We found coffee drinking had either a neutral effect — meaning that it did no harm — or was associated with benefits to heart health.”

Kistler and his team used data from the UK BioBank, a large-scale prospective database with health information from over half a million people who were followed for at least 10 years. Researchers looked at varying levels of coffee consumption ranging from up to a cup to more than six cups a day and the relationship with heart rhythm problems (arrhythmias); cardiovascular disease, including coronary artery disease, heart failure and stroke; and total and heart-related deaths among people both with and without cardiovascular disease. Patients were grouped by how much coffee they reported drinking each day: 0, <1, 1, 2-3, 4-5, >5 cups/day. Coffee drinking was assessed from questionnaires completed upon entry into the registry. Overall, they either found no effect or, in many cases, significant reductions in cardiovascular risk after controlling for exercise, alcohol, smoking, diabetes and high blood pressure that could also play a role in heart health and longevity.

For the first study, researchers examined data from 382,535 individuals without known heart disease to see whether coffee drinking played a role in the development of heart disease or stroke during the 10 years of follow up. Participants’ average age was 57 years and half were women. In general, having two to three cups of coffee a day was associated with the greatest benefit, translating to a 10%-15% lower risk of developing coronary heart disease, heart failure, a heart rhythm problem, or dying for any reason. The risk of stroke or heart-related death was lowest among people who drank one cup of coffee a day. Researchers did observe a U-shaped relationship with coffee intake and new heart rhythm problems. The maximum benefit was seen among people drinking two to three cups of coffee a day with less benefit seen among those drinking more or less.

The second study included 34,279 individuals who had some form of cardiovascular disease at baseline. Coffee intake at two to three cups a day was associated with lower odds of dying compared with having no coffee. Importantly, consuming any amount of coffee was not associated with a higher risk of heart rhythm problems, including atrial fibrillation (AFib) or atrial flutter, which Kistler said is often what clinicians are concerned about. Of the 24,111 people included in the analysis who had an arrhythmia at baseline, drinking coffee was associated with a lower risk of death. For example, people with AFib who drank one cup of coffee a day were nearly 20% less likely to die than non-coffee drinkers.

“Clinicians generally have some apprehension about people with known cardiovascular disease or arrhythmias continuing to drink coffee, so they often err on the side of caution and advise them to stop drinking it altogether due to fears that it may trigger dangerous heart rhythms,” Kistler said. “But our study shows that regular coffee intake is safe and could be part of a healthy diet for people with heart disease.”

Although two to three cups of coffee a day seemed to be the most favorable overall, Kistler said that people shouldn’t increase their coffee intake, particularly if it makes them feel anxious or uncomfortable.

“There is a whole range of mechanisms through which coffee may reduce mortality and have these favorable effects on cardiovascular disease,” he said. “Coffee drinkers should feel reassured that they can continue to enjoy coffee even if they have heart disease. Coffee is the most common cognitive enhancer — it wakes you up, makes you mentally sharper and it’s a very important component of many people’s daily lives.”

So how might coffee beans benefit the heart? People often equate coffee with caffeine, but coffee beans actually have over 100 biologically active compounds. These substances can help reduce oxidative stress and inflammation, improve insulin sensitivity, boost metabolism, inhibit the gut’s absorption of fat and block receptors known to be involved with abnormal heart rhythms, Kistler said.

In a third study, researchers looked at whether there were any differences in the relationship between coffee and cardiovascular disease depending on whether someone drank instant or ground coffee or caffeinated or decaf. They found, once again, two to three cups a day to be associated with the lowest risk of arrhythmias, blockages in the heart’s arteries, stroke or heart failure regardless of whether they had ground or instant coffee. Lower rates of death were seen across all coffee types. Decaf coffee did not have favorable effects against incident arrhythmia but did reduce cardiovascular disease, with the exception of heart failure. Kistler said the findings suggest caffeinated coffee is preferable across the board, and there are no cardiovascular benefits to choosing decaf over caffeinated coffees.

There are several important limitations to these studies. Researchers were unable to control for dietary factors that may play a role in cardiovascular disease, nor were they able to adjust for any creamers, milk or sugar consumed. Participants were predominantly white, so additional studies are needed to determine whether these findings extend to other populations. Finally, coffee intake was based on self-report via a questionnaire fielded at study entry. This should be considered when interpreting the study findings, though Kistler noted that research suggests people’s dietary habits don’t change much in adulthood or over time. Kistler said the results should be validated in randomized trials.

Materials provided by American College of Cardiology. Note: Content may be edited for style and length.