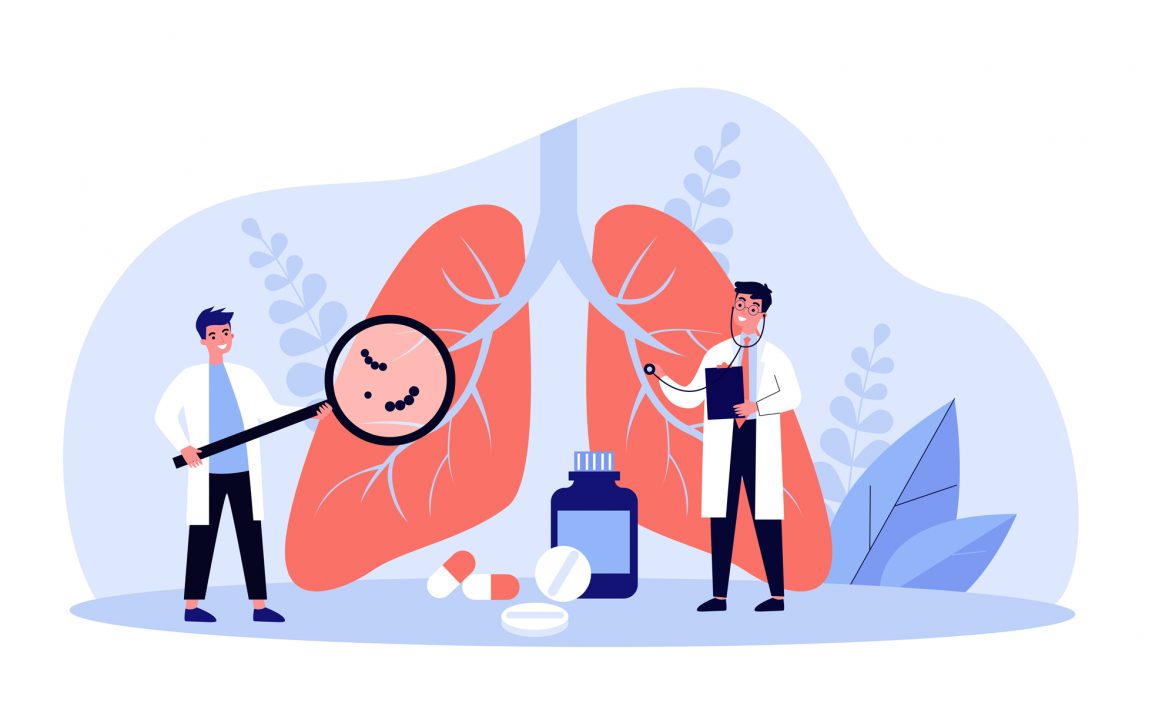 Four months of multi-drug therapy that included rifapentine and moxifloxacin treated active tuberculosis (TB) as effectively as the standard six-month regimen in a multinational study, cutting treatment time by a third. Coauthors including Marc Weiner, MD, of The University of Texas Health Science Center at San Antonio, reported the findings May 6 in the New England Journal of Medicine.

“Shorter treatment would be easier for people to complete without missing doses, and ultimately may be cost-effective,” said Dr. Weiner, associate professor in the health science center’s Joe R. and Teresa Lozano Long School of Medicine and infectious diseases physician in the South Texas Veterans Health Care System. “These drugs have been around for more than 20 years and are widely available. This study demonstrates a new and feasible way to treat what is a global pandemic of tuberculosis.”

Risk of spread with active disease

According to the World Health Organization, a quarter of the world’s population has latent TB, which means the people are infected but don’t have signs and symptoms of illness. “However, with active disease, people become sicker and TB can more easily spread to other people,” Dr. Weiner said. Participants in the newly reported trial all had active TB disease.

The standard TB regimen consists of four drugs — rifampin, isoniazid, pyrazinamide and ethambutol. It is a successful therapy; approximately 95% of recipients are cured of TB disease with this treatment. The rifapentine-moxifloxacin regimen, while being meaningfully shorter in treatment duration, was non-inferior to and was safe and well tolerated compared to the standard therapy, Dr. Weiner said.

The study population was divided randomly into a group that received the standard regimen, and two experimental multidrug arms, one with rifapentine and another with rifapentine and moxifloxacin. Participants were followed for up to 18 months, and the primary outcome was survival free of tuberculosis at a year after study randomization.

Cost savings will be evaluated, Dr. Weiner said, as a generic version of rifapentine is being developed. “However, drug costs are just one component of the expenses of active TB treatment,” he said. “In general, TB drugs are taken daily, and five days a week, a health care provider observes the individual taking the medicine. In the U.S., there is substantial cost for personnel to administer this directly observed therapy to patients.”

India, Indonesia, the Philippines and South Africa have high numbers of people with active TB. The Stop TB Partnership has suggested that because of a delay in diagnosis and treatment of TB in high-burden countries, the COVID-19 pandemic could cause an additional 6.3 million TB cases worldwide between 2020 and 2025.

TB is an infection of Mycobacterium tuberculosis (MTB). This bacterium usually first infects the lungs after airborne transmission. It is encased in a granuloma, a small area of inflammation, and for months or years, the body may be able to contain the infection. However, if the immune system weakens or something else affects the granuloma, MTB proliferates, and the patient usually develops signs and symptoms that can include fever, cough with or without sputum production, weight loss or fatigue.