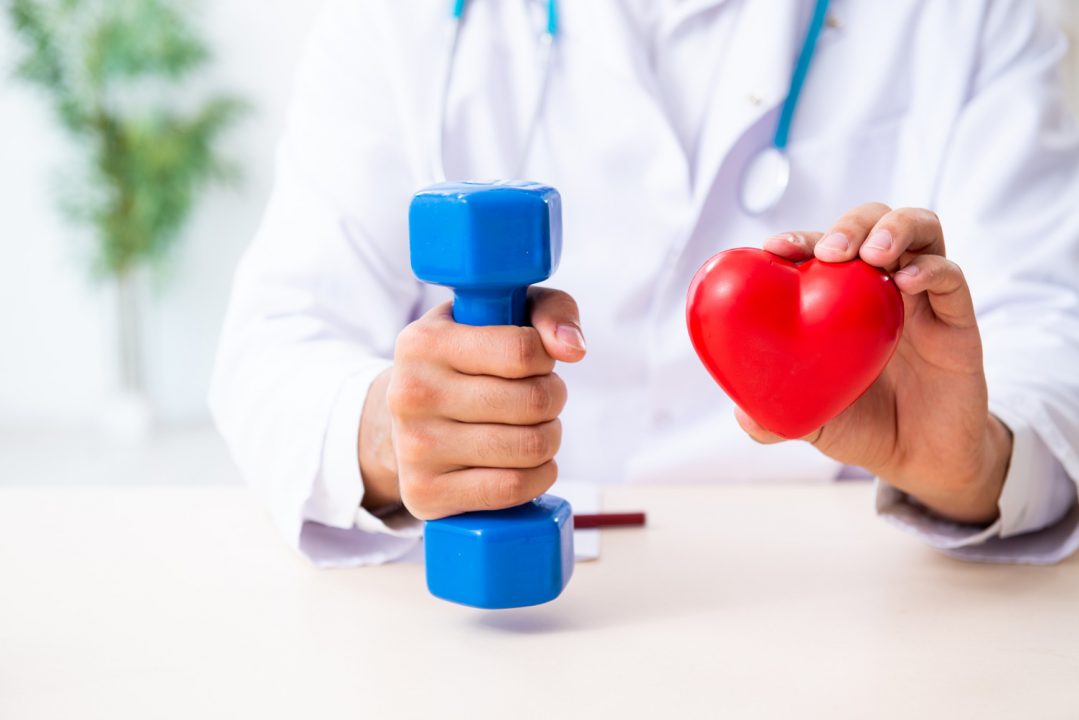 It’s a common phenomenon for anyone who regularly works out: two people with similar fitness levels can do the same exercise and get completely different results. It’s extremely frustrating for the person who can’t seem to improve, despite trying their hardest.

A group of Brigham Young University exercise science researchers know the feeling and have taken a run at solving the problem. Good news: they believe they’ve cracked the code.

Newly published research by the team unveils a more effective way to determine the intensity at which each person should work out to achieve the greatest results. A study appearing in the Journal of Applied Physiology outlines a new system to create not just personalized workouts, but “prescribed” workouts that provide results regardless of an individual’s current health.

“One day we’ll get to prescribe exercise like medicine,” said Jayson Gifford, BYU exercise science professor and senior author on the study. “In order to prescribe medicine, you need to have predictable results for each dosage of medicine. We’ve found the exact same thing applies to exercise.”

The research explains that when exercise is personally prescribed based on what is called “critical power,” the results show greater improvement in endurance and greater long-term benefits for the individual. The authors define critical power as the highest level of our comfort zone. “It’s the level at which we can perform for a long period of time before things start to get uncomfortable,” said study lead author Jessica Collins, a former BYU graduate student.

It works something like this: Suppose two friends have a similar Max Heart Rate. Previous understanding of exercise would suggest that if they run together at the same speed, they should have very similar experiences. However, it so happens that when these two friends run at 6 mph, the exercise is easy for one, but difficult for the other. These distinctive experiences at the same speed and same percent of Max Heart Rate are because 6 mph is below the one friend’s critical power, but above the other’s critical power.

Traditionally, individualized exercise has been recommended based on a fixed percentage of one’s maximum rate of oxygen consumption (VO2 Max) or their Max Heart Rate. Collins and Gifford said using “critical power” is a better way of prescribing exercise because it not only accurately serves athletes and those in great shape, but it also serves those who are older or have a more sedentary lifestyle.

“This kind of research helps every kind of person, no matter how active they presently are,” Collins said.

For the study, Collins, Gifford and coauthors recruited 22 participants between the ages of 18-35 who were healthy but exhibited low fitness levels. Participants underwent eight weeks of supervised exercise training where they were randomly assigned to either a high intensity bike training or a moderate intensity continuous bike training. Exercises were prescribed traditionally based on an individual’s max heart rate or VO2 Max.

Researchers discovered that prescribing exercises based on VO2 Max as a reference point results in alarming variability in results. There were participants who benefited significantly from the training period and others who did not, even though the training was personalized to them. They compared this to each individual’s critical power and found that it accounted for 60% of the variability in their findings. If exercises had been prescribed using critical power as a reference point versus their heart rate, the results would have varied less, meaning the training sessions would have been more effective and beneficial for each participant.

“One of the biggest reasons people don’t exercise as much as they should is because they tried something in the past, and it didn’t work out the way they were expecting it to,” Collins said. “The great thing about basing exercises on critical power is that we can almost always guarantee the result, which allows us to help people to achieve their fitness goals.”

To calculate a person’s critical power, researchers had participants complete multiple distances of exercise (i.e. running, biking) as fast as they could. They then took the average speed and inserted that data into a proprietary formula that determines the relationship between exercise distance and exercise time to produce a critical power number. They found a person’s critical power can increase substantially with exercise training, making things that used to be hard less challenging, less uncomfortable and less fatiguing.

“Exercise is so good for you that you’ll see some sort of benefit no matter what you do,” Gifford said. “This research simply informs people that they can more fully optimize their exercise, so they get more out of it. We are excited for when it becomes more accessible for people to know their personal critical power in the near future.”