Discovery could lead to fewer side effects from a diabetes treatment 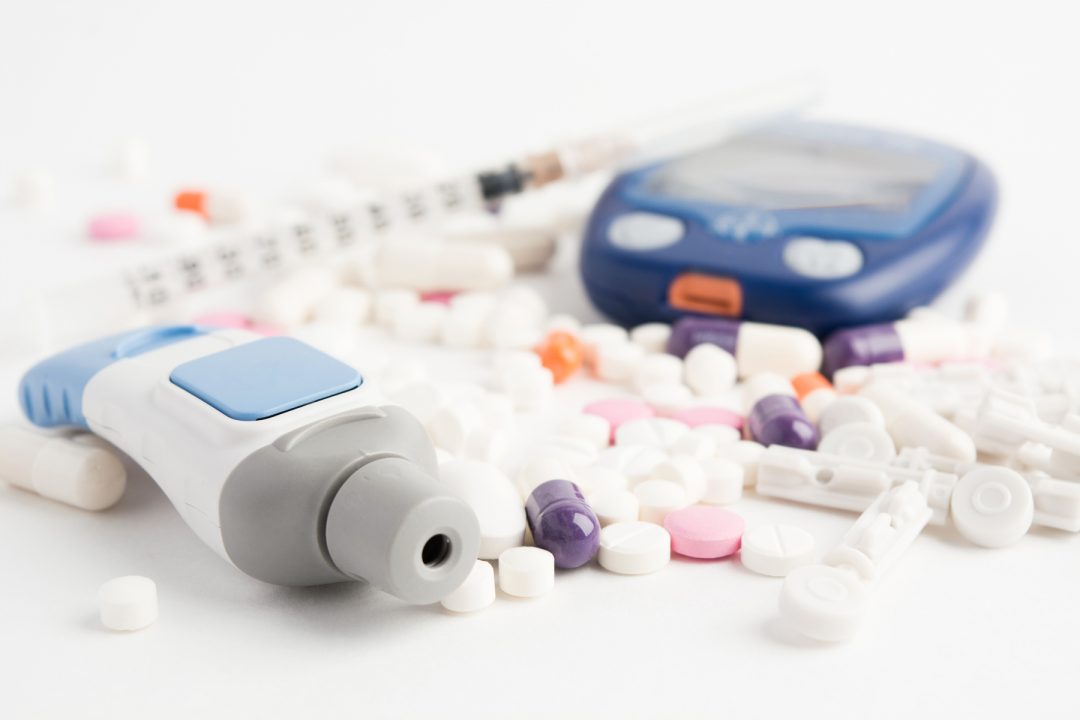 By uncovering the subtle difference between two varieties of a protein, researchers from the Perelman School of Medicine at the University of Pennsylvania may have discovered how to eliminate the risk of weight gain from a certain type of diabetes medications. Through this, it’s possible that more patients with diabetes could get more effective treatment from modified thiazolidinediones, which many likely avoid in its current form due to side effects. These findings were published in Genes & Development.

“One small, undiscovered difference between the two forms of a single protein proved to be extremely significant,” said study senior author Mitchell Lazar, MD, PhD, the Willard and Rhoda Ware Professor in Diabetes and Metabolic Diseases at Penn. “Our findings suggest a way to improve on the mechanism of action of thiazolidinedione drugs, which holds promise for eliminating the side effect of weight gain.”

The popularity of diabetes drugs called thiazolidinediones, which are also known as glitazones, has been reduced because of side effects such as weight gain. They work by activating a fat cell protein called PPARgamma (PPARγ). The protein occurs in two forms, PPARγ1 and PPARγ2, whose functional differences have been unclear. But when the Penn researchers examined each form of the protein on its own, they found that activating just PPARγ2 with a thiazolidinedione drug protects mice from diabetes-like metabolic changes—without causing weight gain.

Type 2 diabetes is characterized by the progressive dysfunction of the insulin hormone signaling system in the body, resulting in chronic, high levels of glucose (sugar) in the blood. This, in turn, contributes to the hardening of arteries, high blood pressure, heart attacks, strokes, and other serious diseases. Thought to arise largely due to obesity, poor diets, and modern sedentary lifestyles, type 2 diabetes has become epidemic in many countries. The U.S. Centers for Disease Control and Prevention has estimated that, in the United States alone, about 35 million people, roughly 10 percent of the population, are living with the disorder.

Thiazolidinediones, which include rosiglitazone (under the brand name Avandia), were introduced in the 1990s and, for many years, were widely used as diabetes drugs. They have since become less popular due to side effects. This has led some researchers to investigate whether new compounds could be developed that retain these drugs’ therapeutic effects while having fewer side effects.

In their study, Lazar and his team approached this problem by taking a closer look at thiazolidinediones’ target, PPARγ, which helps control fat cell production. The scientists studied two lines of mice: One greatly deficient in one form of the protein, PPARγ1, the other greatly deficient in PPARγ2. In the mice, the scientists showed that activating PPARγ1 or PPARγ2 with a thiazolidinedione had an anti-diabetic effect in each case, protecting mice from the metabolic harm of a high-fat diet.

However, the researchers discovered that activation of these two forms has subtly different downstream effects on gene activity. Specifically, in the PPARγ1-deficient mice (in which most of the present PPARγ takes the form of PPARγ2), the thiazolidinedione treatment caused no weight gain.

The finding therefore suggests that it may be possible to realize the benefits of thiazolidinediones without the weight gain side effect, by activating only PPARγ2 and not PPARγ1.

“We’re now studying in more detail how PPARγ1 and PPARγ2 work and how they differ, in the hope of finding ways to selectively activate PPARγ2,” Lazar said.