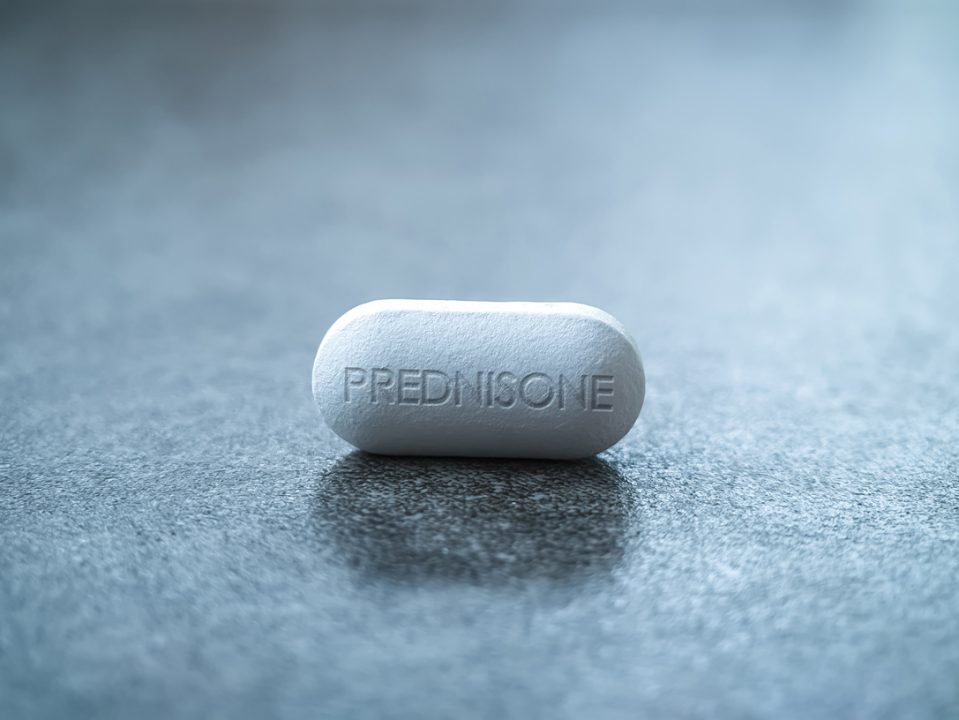 Obese mice that were fed a high-fat diet and that received prednisone one time per week had improved exercise endurance, got stronger, increased their lean body mass and lost weight, reports a new Northwestern Medicine study. The mice also had increased muscle metabolism.

The once-weekly prednisone promoted nutrient uptake into the muscles.

Investigators also found these mice had increased adiponectin levels, a fat-derived hormone that appears to play an important role in protecting against diabetes and insulin resistance.

“These studies were done in mice. However, if these same pathways hold true in humans, then once-weekly prednisone could benefit obesity,” said senior author Dr. Elizabeth McNally, director of the Center for Genetic Medicine at Northwestern University Feinberg School of Medicine.

McNally also is a Northwestern Medicine physician and the Elizabeth J. Ward Professor of Genetic Medicine.

“Daily prednisone is known to promote obesity and even metabolic syndrome — a disorder with elevated blood lipids and blood sugar and weight gain,” McNally said. “So, these results, in which we intermittently ‘pulse’ the animals with once-weekly prednisone, are strikingly different. Obesity is a major problem, and the idea that once-weekly prednisone could promote nutrient uptake into muscle might be an approach to treating obesity.”

The study will be published April 1 in the Journal of Experimental Medicine.

Most of what we know about steroids like prednisone come from studies looking at what happens when prednisone, a glucocorticoid steroid, is taken every day.

“We see a very different outcome when it is taken once a week,” McNally said. “We need to fine tune dosing to figure out the right amount to make this work in humans, but knowing adiponectin might be one marker could provide a hint at determining what the right human dose is.”

McNally described the weekly dose as “a bolus, or spike, of nutrients going into your muscle.”

“We think there is something special about promoting this spike of nutrients into muscle intermittently, and that it may be an efficient way to improve lean body mass,” she added.

“What is exciting to me about this work is the finding that a simple change in the dosing frequency can transform glucocorticoid drugs from inducers to preventers of obesity,” said corresponding author Mattia Quattrocelli. “Chronic once-daily intake of these drugs is known to promote obesity. Here we show that dosing the same type of drug intermittently — in this case, once weekly — reverses this effect, promotes muscle metabolism and energy expenditure, and curtails the metabolic stress induced by a fat-rich diet.”

Quattrocelli, who initiated the research while at Northwestern, is now assistant professor at Cincinnati Children’s Hospital Medical Center and department of pediatrics at the University of Cincinnati.

Many patients take prednisone daily for different immune conditions. Known side effects of daily prednisone include weight gain and even muscle atrophy with weakness. Investigators want to determine whether patients can get the same immune benefit with intermittent prednisone dosing, which could be much more beneficial to the muscle.

The group also recently reported findings from a pilot trial in humans with muscular dystrophy in which one weekly dose of prednisone improved lean mass.

Not one-size-fits-all for prednisone dosing

McNally wants to determine which biomarkers are most critical to mark having a beneficial response to prednisone.

“If we can determine how to choose the right dose of prednisone that minimizes atrophy factors and maximizes positive markers like adiponectin, then we can really personalize the dosing of prednisone,” she said.

The group also recently showed that weekly prednisone uses strikingly different molecular pathways to strengthening the muscle in male versus female mice, based on a new study just published in the Journal of Clinical Investigation by Isabella Salamone, a graduate student in McNally’s lab.

The benefits of weekly prednisone are linked to circadian rhythms, reports another new study from Northwestern and University of Cincinnati published last month in Science Advances.

Human cortisol and steroid levels spike early in the morning before you wake up.

“If you don’t give the drug at the right time of day, you don’t get the response,” Quattrocelli said. “In mice, we obtained good effects with intermittent prednisone in muscle mass and function when we dose them at the beginning of their daytime. Mice have a circadian rhythm inverted to us, as they generally sleep during the daytime and are active at night. This could mean that the optimal dosing time for humans during the day could be in the late afternoon/early evening, but this needs to be appropriately tested.”

The major caveat is that these studies are conducted in mice, McNally said.

“While we are encouraged by the pilot study in humans with muscular dystrophy, mouse muscles have more fast-twitch fibers than humans, and slow-twitch muscle could be different,” McNally said. “More studies are needed to try to better understand whether these same mechanisms work in human muscles.”