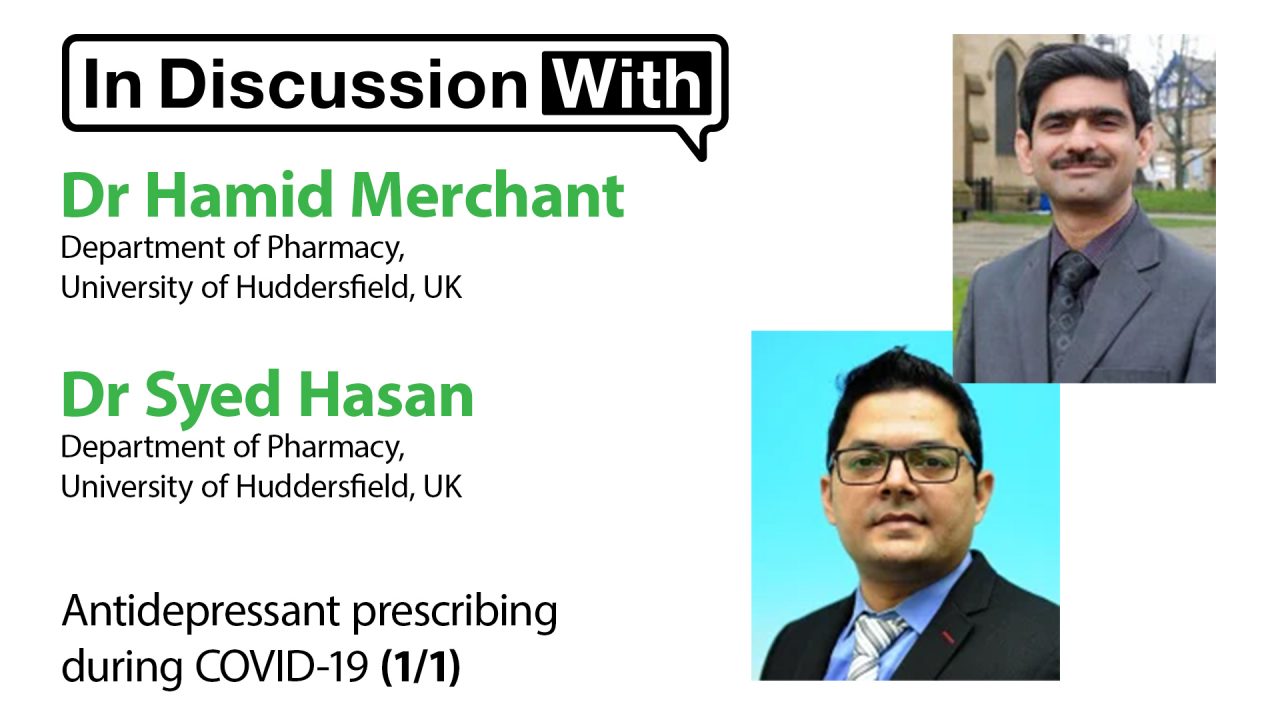 Some four million extra prescriptions for antidepressants were issued in 2020 compared to 2019 but the cost to the NHS increased by £139 million, according to a study published in March 2021. IMI spoke to Dr Syed Hasan and Dr Hamid Merchant, two of the study authors, to find out more.

The researchers in Huddersfield were aware that mental health problems – fuelled by lockdowns, loss of jobs and social isolation – were an important issue during the coronavirus pandemic.  “We noticed there was an increase in the prevalence of depression during this period”, says Dr Hasan.  In fact, the number of individuals living with depression United Kingdom almost doubled during the pandemic, according to a survey published in June 2020.1  Given their interest in the use of drugs at population level they decided to look at prescribing trends for antidepressants in England.

The study found that four million more prescriptions for antidepressants were issued in 2020 compared with 2019.  “Our main observations were actually related to the cost of antidepressants”, he says. More generic products were used and the prices were doubled.  One drug – sertraline – was widely prescribed and an extra £113 million was spent on this drug alone during 2020. Overall, more generic products were used and the costs were significantly increased compared to 2018 and 2019. 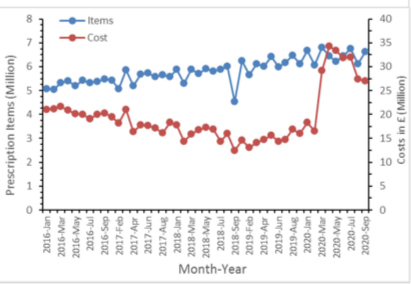 Dr Merchant explains that there is a worldwide trend for increasing use of antidepressants year-by-year. However, “If you look at the monthly trend you might see a very big peak of antidepressant prescribing in April and May 2020”. When the UK borders were closed in April many imports and exports were affected, including shipments coming from China. China has a dominant position in the production and supply of active pharmaceutical ingredients (APIs). Many European companies that make generic formulations of antidepressant drugs experienced shortages of the raw materials that they normally receive from India and China. As a result, the prices of many generic drugs that had been, for example, £1.00 for thirty days’ supply increased to £20 – £30 per pack for 30 days’ supply. “Often generics became more expensive than the branded product which brought the cost really high”, says Dr Merchant. “We [reported] £139 million extra spent – only on the cost of drugs and that was disproportionate to the items dispensed”, he adds. Although the supply chain was interrupted for a short period, the costs remained high for many months.  “Some of the supply chains were maintained by EU manufacturing operations which should not have been affected by the shortage of materials coming in from other countries.  So, we felt there might be some opportunistic cost behaviours which were not as tightly-controlled as they could have been and the money that was spent extra on the drugs could have been used to commission mental health services, which were shut down” says Dr Merchant.

Dr Hasan and Dr Merchant both work at the Pharmacy Department at the University of Huddersfield. Dr Merchant has expertise in novel formulation design and biopharmaceutics. He is currently a Subject Leader in Pharmacy and Course Leader for the Postgraduate Pharmacy Suite. Dr Hasan is a Senior Research Fellow and has a special interest in clinical pharmacy, evidence synthesis and pharmacoepidemiology.