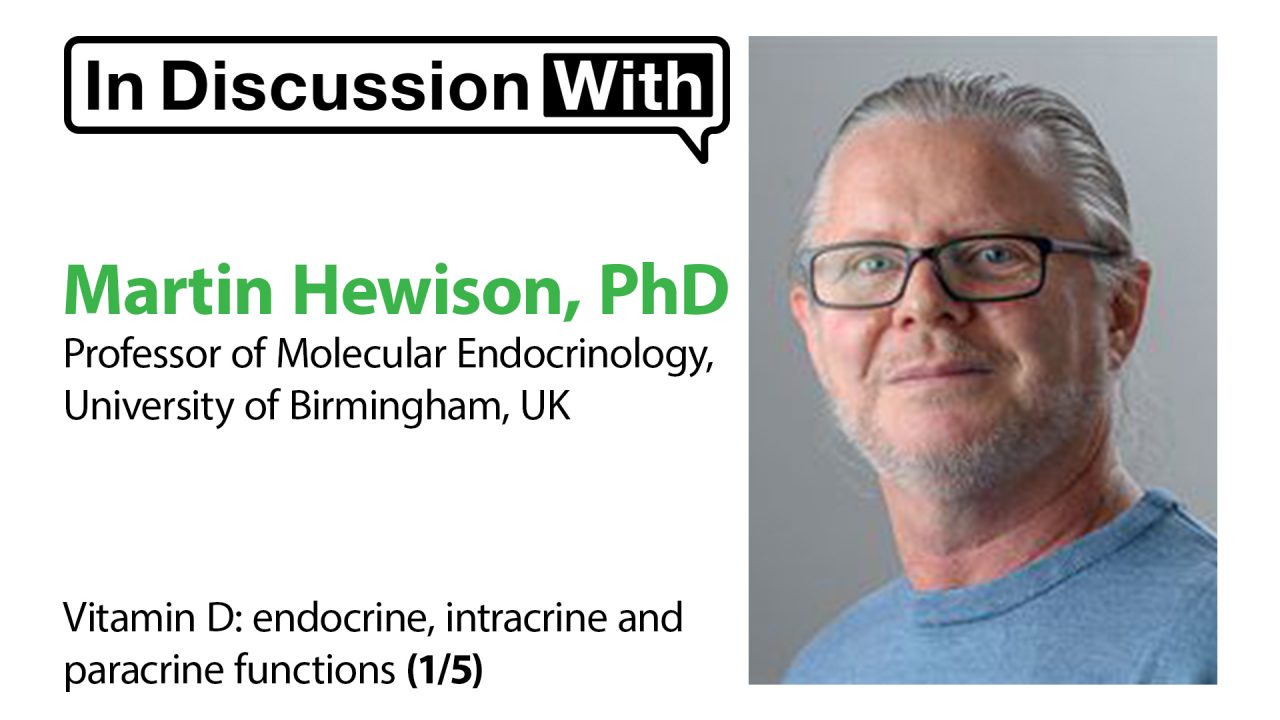 Recent studies suggest that vitamin D has a much broader role in the human body than its well-documented effects on calcium homeostasis and bone metabolism. It has a role in normal immune function and could play a part in autoimmune disease. IMI spoke to Martin Hewison, Professor of molecular endocrinology at the University of Birmingham, to find out more.

For the past 30 years Professor Hewison has been engaged in a wide spectrum of vitamin D research ranging from aspects of clinical usage to intricate details of molecular biology. Important projects have included the development of new assays to measure the status of vitamin D in individuals and work on vitamin D in type 1 diabetes. This year (2022), he notes, is the 100th anniversary of the discovery of vitamin D as a substance that could prevent the bone disease rickets (childhood osteomalacia). A recent review described what is currently understood about the broad range of vitamin D functions, including its interconnections with autoimmune disease.

Vitamin D is produced primarily by the action of sunlight on 7-dehydrocholesterol in the skin. “I know it’s difficult to believe in a country like the UK, but we still do”, says Professor Hewison. Additional sources of vitamin D include fatty fish, such as mackerel and herring, mushrooms and, in some countries, from foods that have been fortified with vitamin D. In the USA, for example, vitamin D is added to milk and orange juice.

Whatever the source of vitamin D it has to be converted into its active form and this is a two-step process.  First, 25-hydroxyvitamin D (25D) is produced in the liver and then a further hydroxylation in the kidney results in 1,25-dihydroxyvitamin D (1,25D), the hormonal form of vitamin D. Professor Hewison explains: “It’s released from the kidneys in very small amounts and acts on distal tissues and that’s primarily its function – to help you bring calcium and phosphate minerals from your diet into your bloodstream. That’s how vitamin D protects against rickets – it brings calcium in from our diet – and that’s the principal function of vitamin D when it’s a hormone, when it’s acting in an endocrine fashion. So, for many years, of course, that was how vitamin D was perceived but we now know that there are other actions of vitamin D as well”.

Over the past 20 years there has been much interest in the extra-renal metabolism of vitamin D. It is now known that many tissues can convert 25D to 1,25D and they also have the receptor for active vitamin D.

“So outside of the classical bone-protection, endocrine system there are many tissues that can both make active vitamin D and respond to it. One of the major areas where this is seen is in the immune system where cells such as macrophages and dendritic cells are able to make the active form of vitamin D and they can respond to it as well – and that can modulate immune responses in that individual. So, the idea here is, of course, if you supplement vitamin D you may be able to enhance those immune responses and, conversely, of course if you’re vitamin D deficient it may be that you have an impaired immune function”, he explains.

“Essentially, what these intracrine and paracrine responses are saying is that it’s possible to have a fully-fledged vitamin D system outside of the kidney/endocrine system and that … then creates a whole other spectrum of potential responses for vitamin D beyond its effects in protecting against rickets”, he says.