Study reports first use of antivirals in monkeypox patients, highlighting challenges in understanding and treating this rare disease 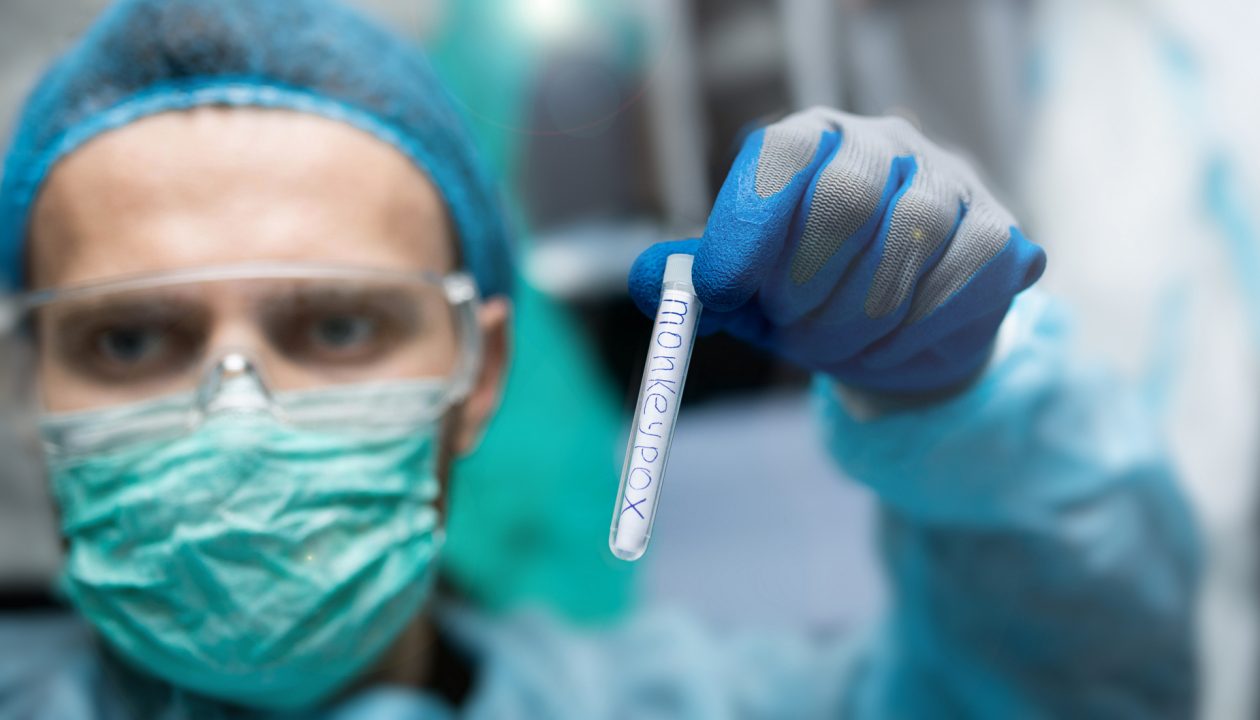 A new retrospective study of seven patients diagnosed with monkeypox in the UK between 2018 and 2021, suggests that some antiviral medications might have the potential to shorten symptoms and reduce the amount of time a patient is contagious. The cases analysed in the study, published in The Lancet Infectious Diseases journal, represent the first instances of in-hospital transmission and household transmission outside of Africa, as well as reporting the patient response to the first off-label use of two different antiviral medications – brincidofovir and tecovirimat – to treat the disease.

The study found little evidence that brincidofovir was of clinical benefit but concluded that further research into the potential of tecovirimat would be warranted. The authors also report detection of monkeypox virus in blood and throat swabs. As optimum infection control and treatment strategies for this disease are not yet established, data from the study could help inform global efforts to further understand the clinical features of the disease as well as transmission dynamics.

“As public health officials are trying to understand what is causing the May 2022 monkeypox outbreaks in Europe and North America – which have affected several patients who reported neither travel nor an identified link to a previously known case – our study offers some of the first insights into the use of antivirals for the treatment of monkeypox in humans,” says Dr Hugh Adler of the Liverpool University Hospitals NHS Foundation Trust, lead author on the paper. “Although this latest outbreak has affected more patients than we had previously encountered in the UK, historically monkeypox has not transmitted very efficiently between people, and overall the risk to public health is low.”

“The cases reported in our study, in addition to the recent outbreaks, highlight the importance of maintaining a collaborative network of centres on standby to manage sporadic, outbreaks of high consequence pathogens, such as monkeypox. The cases we observed were challenging and resource-intensive to manage, even in the high-income setting of the UK. With international travel returning to pre-pandemic levels, public health officials and healthcare workers around the world must remain vigilant to the possibility of new cases of monkeypox,” says Dr Nick Price of Guy’s & St Thomas’ NHS Foundation Trust, senior author on the paper. [1]

They add: “Until now, monkeypox has been a rare, imported condition in the UK and the NHS High Consequence Infectious Diseases Network has treated all seven of the UK’s confirmed cases until 2021. Outbreaks outside of Africa are unusual but in recent days, significant outbreaks have been reported in several European countries, including the UK, and further afield globally. Clinical trial data is lacking and we are pleased to share some of our collective experience in managing this previously rare and sporadic condition.”

Monkeypox, a close relative of the smallpox virus, is a rare disease classified as a High Consequence Infectious Disease (HCID) by the UK Health Security Agency [2]. There are currently no licensed treatments for monkeypox and there is limited data on the duration of its contagiousness, with the incubation period ranging from five to 21 days. Patients typically stay in isolation in a specialty hospital to prevent spreading the virus to others.

Monkeypox is spread via animal-to-human transmission, typically from an animal bite or eating improperly cooked meat. In rare cases, the virus can spread via human-to-human transmission. The first human case of monkeypox was reported in 1970 in the Democratic Republic of the Congo [3] and rarely occurs outside central and western African countries. To date, there has been little research into cases of monkeypox in high income countries.

Of the seven UK monkeypox cases analysed in this study, four were imported from West Africa with three further cases occurring due to human-to-human transmission within the case clusters. The study authors observed clinical data alongside laboratory results from blood tests and nose-and-throat swabs to describe the duration and clinical features of monkeypox in a high-income setting. Researchers also reported patient response to antiviral medications developed to treat smallpox – brincidofovir and tecovirimat – which have previously demonstrated some efficacy against monkeypox in animals.

Between 2018 and 2019, four patients observed in this study were treated for monkeypox in HCID units in England. Three of these cases were imported from West Africa. The fourth case occurred in a healthcare worker 18 days after initial exposure to the virus and was the first example of monkeypox transmission in a hospital setting outside of Africa.

The initial three patients were treated with brincidofovir seven days after the initial onset of the rash. Brincidofovir was not observed to have any convincing clinical benefit in treating monkeypox and alterations in liver blood tests were observed. The researchers note that it is not known whether brincidofovir administration earlier in the course the of disease or at a different dosing schedule would have yielded different clinical outcomes. Despite this, all three patients, plus the fourth hospital transmission patient, made a full recovery.

Three further cases of monkeypox were reported in the UK in 2021 in a family travelling from Nigeria, with two of these cases being the first examples of household transmission outside of Africa. One of these cases occurred in a child, who was observed carefully due to the association of a higher likelihood of mortality from monkeypox in children. Fortunately, this individual experienced mild illness and fully recovered.

One of the 2021 UK patients was treated with tecovirimat and experienced a shorter duration of symptoms and upper respiratory tract viral shedding than the other cases in this cluster. However, the authors note that conclusions are unable to be drawn on antiviral effectiveness against monkeypox in such a small cohort, calling for further research into antivirals to treat this neglected tropical disease.

All patients experienced mild disease and were treated in a hospital setting for infection control purposes and not due to the severity of the infection. No patients experienced the commonly recognised severe complications of monkeypox such as pneumonia or sepsis, however, one patient experienced a mild relapse six weeks following hospital discharge, and another patient developed a deep tissue abscess that required drainage. Patients were also found to experience low mood, likely stemming from isolation in HCID facilities.

“During previous outbreaks of monkeypox, patients were considered infectious until all lesions crusted over. In these seven UK cases, viral shedding was observed for at least three weeks following infection. However, data on infectivity remains limited, and is an important area for future study,” says Dr Catherine Houlihan, of the UK Health Security Agency and University College London, one of the co-authors of the paper. [1]

The authors acknowledge some limitations with this study, primarily its observational nature and the small number of cases analysed. The researchers were also unable to confirm positive monkeypox PCR test results with laboratory samples of the virus, meaning that ongoing shedding of contagious virus was unable to be verified.

A full list of authors and institutions is available in the paper.

[1] Quote direct from author and cannot be found in the text of the Article.
[2] https://www.gov.uk/guidance/high-consequence-infectious-diseases-hcid
[3] Marennikova SS, Seluhina EM, Mal’ceva NN, Cimiskjan KL, Macevic GR. Isolation and
properties of the causal agent of a new variola-like disease (monkeypox) in man. Bulletin of the
World Health Organization 1972; 46(5): 599-611.