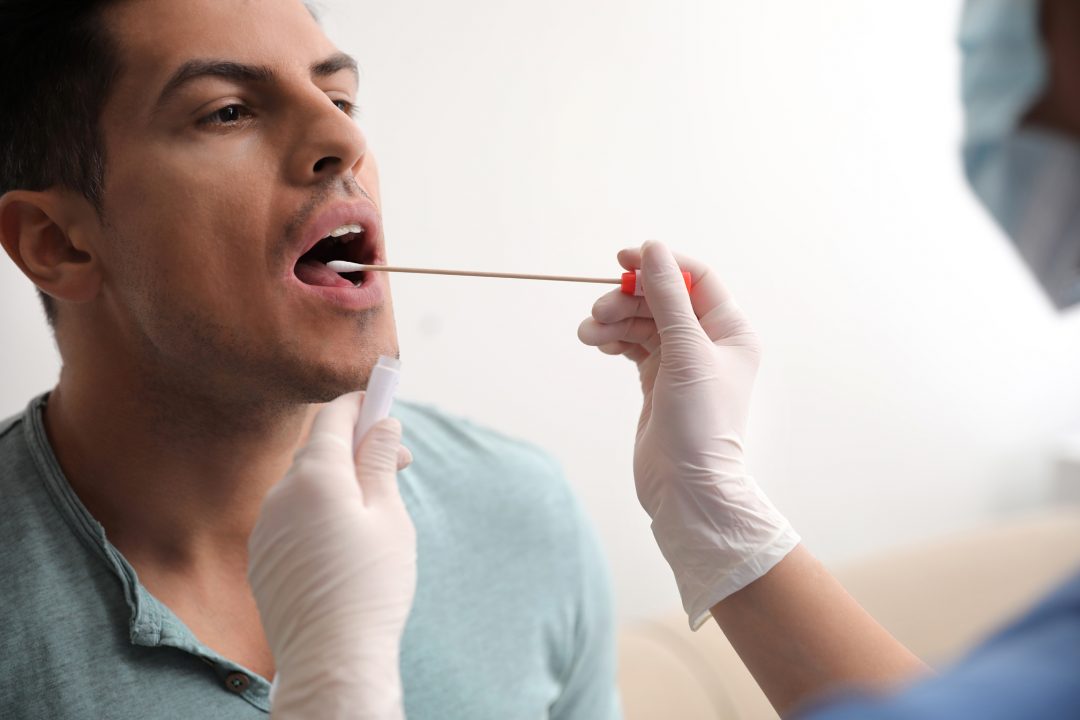 Genetic testing of saliva samples identifies the SARS-CoV-2 virus more quickly than testing of nasal swabs. The research is published March 21 in Microbiology Spectrum, a journal of the American Society for Microbiology.

“That is important because people can spread COVID-19 before they know that they have it,” said coauthor Donald K. Milton, M.D., DrPH, a professor of occupational and environmental health at the Institute for Applied Environmental Health, University of Maryland School of Public Health, College Park. “Earlier detection can reduce the disease’s spread.”

The research was motivated by the problem that early in the pandemic, an urgent need to increase testing was accompanied by a shortage of supplies, notably nasal swabs, which were then the standard method for collecting samples for testing.

To identify people with COVID-19 the investigators began conducting weekly tests of saliva samples from healthy community volunteers in May 2020 and continued over the next 2 years. Of the asymptomatic volunteers who tested positive, Milton and his colleagues found that those patients would typically show symptoms a day or 2 later. “That made us wonder whether saliva was better for catching pre-symptomatic patients than the traditional nasal swabs,” he said.

To answer that question, the researchers used data from a companion study of close contacts of people with confirmed cases of COVID-19. In the study, “We collected saliva and mid-turbinate [nasal] swab samples from contacts every 2 or 3 days during their quarantine period,” said Milton. “All samples were tested using real-time reverse transcription polymerase chain reaction [RT-PCR] to detect SARS-CoV-2 and measure how much viral RNA was in the samples. We then analyzed how these results changed in the days before and after symptom onset.”

The findings have implications for improving public acceptance of COVID-19 testing, reducing the cost of mass COVID-19 screening and improving the safety of healthcare workers who conduct testing. In the latter case, saliva self-testing avoids the close contact between patient and healthcare worker that nasal swabbing entails and avoids causing patients to cough and sneeze, thereby spreading virus particles as a result of swabbing the sensitive nasal passages, as well as discomfort to patients.

“Our research supports the use of saliva in large-scale screening in schools and workplaces, as a means of improving screening rates, as well as early detection,” said Milton. “We expect that if rapid saliva tests become available, they could be a major advance from the current nasal swab-based rapid tests.”