Written by Charlie King | 18 May 2022 | Medicines and Therapeutics 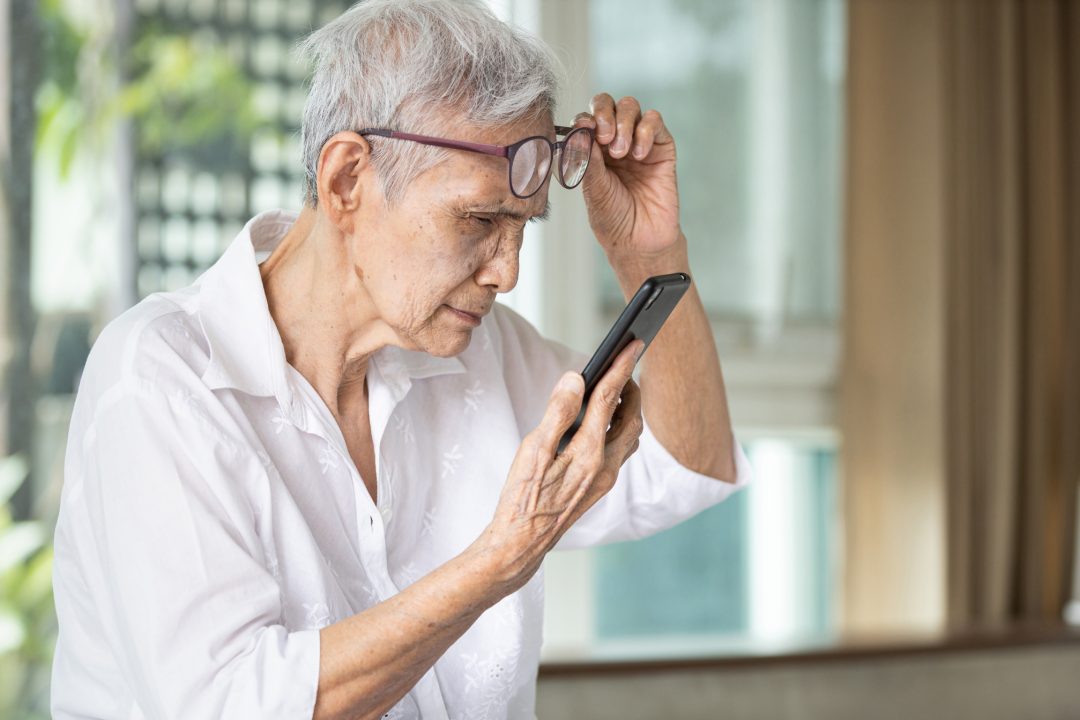 Millions of older people with poor vision are at risk of being misdiagnosed with mild cognitive impairments, according to a new study by the University of South Australia.

Cognitive tests that rely on vision-dependent tasks could be skewing results in up to a quarter of people aged over 50 who have undiagnosed visual problems such as cataracts or age-related macular degeneration (AMD).

Age-related macular degeneration is a leading cause of vision loss for older people. It doesn’t cause complete vision loss, but severely impacts people’s ability to read, drive, cook, and even recognise faces. It has no bearing on cognition.

UniSA researchers recruited 24 participants with normal vision to complete two cognitive tests — one involving vision-dependent reactive tasks and the other based on verbal fluency.

Using a set of goggles to simulate AMD, the participants scored far lower on the cognitive test involving reaction time tasks than without the goggles. There was no statistical difference with verbal fluency tests when using the goggles.

The study has been published in Scientific Reports.

“A mistaken score in cognitive tests could have devastating ramifications, leading to unnecessary changes to a person’s living, working, financial or social circumstances,” Macnamara says.

“For example, if a mistaken score contributed to a diagnosis of mild cognitive impairment, it could trigger psychological problems including depression and anxiety.

“People with AMD are already experiencing multiple issues due to vision loss and an inaccurate cognitive assessment is an additional burden they don’t need.”

Visual impairments are often overlooked in research and clinical settings, the UniSA researchers say, with reduced vision underestimated in up to 50 per cent of older adults.

And with this figure expected to increase in line with an ageing population, it is critical that neuro-degenerative researchers control for vision when assessing people’s cognition.

“Mobile apps can now be used to overlay simulated visual impairments onto test materials when piloting their stimuli,” Macnamara says.

“Also, researchers can incorporate quick and simple screening tasks before getting people to do cognitive tests. Verbal tasks should always be part of the assessment, too.”