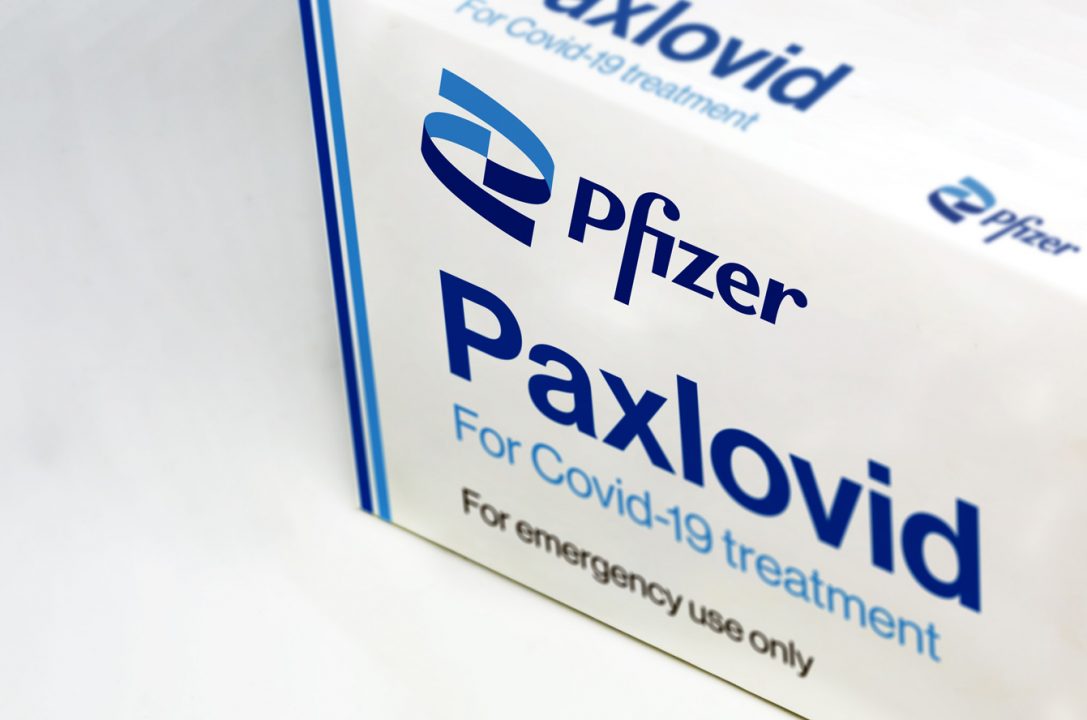 The antiviral drug nirmatrelvir plus ritonavir (Paxlovid) was granted Emergency Use Authorization for treating COVID-19 in December 2021. In clinical trials, the antiviral was associated with an 88% reduction in hospitalization or death among high-risk, unvaccinated individuals with COVID-19. However, little was known at the time about whether Paxlovid could significantly benefit vaccinated individuals, as well as individuals infected with novel variants of SARS-CoV-2 that were not dominant during the drug’s clinical trials. By leveraging a large, well-validated, COVID-19 data repository housed within their system, Mass General Brigham researchers confirmed that the drug is associated with a 44% reduction in hospitalization or death in a highly vaccinated population of adults over the age of 50.

The results, now published in Annals of Internal Medicine, suggest that Paxlovid can offer a substantial benefit even to vaccinated patients diagnosed with COVID-19 in the outpatient setting, and can contribute to ongoing efforts to reduce COVID-19 hospitalizations during a projected winter surge.

“When nirmatrelvir plus ritonavir was first becoming available for treating COVID-19, providers and patients asked important questions about who might benefit the most from this intervention, which can pose complications under certain circumstances,” said corresponding author Scott Dryden-Peterson, MD, medical director of Mass General Brigham’s COVID outpatient therapy.

“The observed rate of hospitalization or death was low (1 percent) among outpatients diagnosed with COVID-19, but we found that Paxlovid was still associated with a proportional reduction of risk for hospitalization of about 50 percent across patient groups with different baseline risk levels.”

Dryden-Peterson and team suggest that the lower magnitude of risk reduction seen in this study compared to the clinical trial may be the result of different study contexts, as patients in this study overall had high levels of prior immunity and consequently lower risks of severe disease. However, among the small minority of patients with fewer than three vaccine doses, there was an 81% reduction in hospitalization, a rate comparable to that found in the original trial. Notably, no hospitalizations (69 total) in those treated with Paxlovid were attributed to a “rebound syndrome” that has been described in some patients after their symptoms appear to initially resolve after using the antiviral.

To conduct this study, the researchers emulated a clinical trial of Paxlovid using observational data from nearly 45,000 patients diagnosed with COVID-19 in the outpatient setting from January to July 2022. Of these patients, 28 percent were treated with Paxlovid. The researchers sought to maximize the comparability of the treatment and non-treatment arms of the study, as they would be in a prospective trial, by accounting for a wide variety of factors, including age, comorbidities, vaccination history, race and ethnicity, and neighborhood disadvantage score. This statistical granularity was made possible by using the Mass General Brigham Enclave, a repository that includes carefully validated information on patients who test positive for COVID-19, as well as negative controls.

“Though a prospective, randomized controlled trial is the gold standard for analyzing efficacy of medications, in a pandemic setting, we’ve been challenged with the need to produce rigorous data to direct clinical care in a much shorter time period,” said senior author Ann Woolley, MD, MPH, Associate Clinical Director of Transplant Infectious Diseases at Brigham and Women’s Hospital. “The impetus for this study was in needing to figure out how this therapy fits into Mass General Brigham’s response to COVID-19. This study incorporated and built on existing systems and has allowed us to feel, programmatically within the Mass General Brigham system, and clinically within Infectious Diseases, that we were doing the right thing by prescribing Paxlovid to eligible patients.”

Using data from the Mass General Brigham Enclave allowed researchers to swiftly evaluate the efficacy of the drug soon after its authorization for use. The results from this study were first available to the public as a pre-print in June 2022 and were incorporated into the U.S. Centers for Disease Control’s guidance on treating COVID-19. Other studies have emerged confirming the efficacy of Paxlovid, but this one has the longest study period with a very large reliable, curated dataset.

In the coming months, the authors expect that Paxlovid will be more important in the fight against COVID-19 as there currently are no longer monoclonal antibody therapies that are effective against the circulating strains of the SARS-CoV-2 virus in the U.S. Furthermore, the results from this study are guiding ongoing efforts to direct care to the highest-risk groups. The researchers found that during this study period, the majority of COVID-19 hospitalizations occurred among patients who were not diagnosed until their admission, highlighting the importance of eliminating barriers toward earlier testing. Among those diagnosed with COVID-19 as outpatients, Black or Latinx patients had much lower rates of Paxlovid prescription, underscoring ongoing disparities in access to and delivery of care.

“These data have been helpful as we prepare for a winter surge,” Dryden-Peterson said. “Our findings suggest that Paxlovid can save lives, and it can have a real impact on keeping hospital beds available for the treatment of other conditions. The opportunity to prevent COVID-19 hospitalizations is not there unless people know that they’re positive, so we have ongoing efforts to do outreach, make testing available, and communicate to the highest-risk patients that they may benefit from Paxlovid or another antiviral treatment option.”