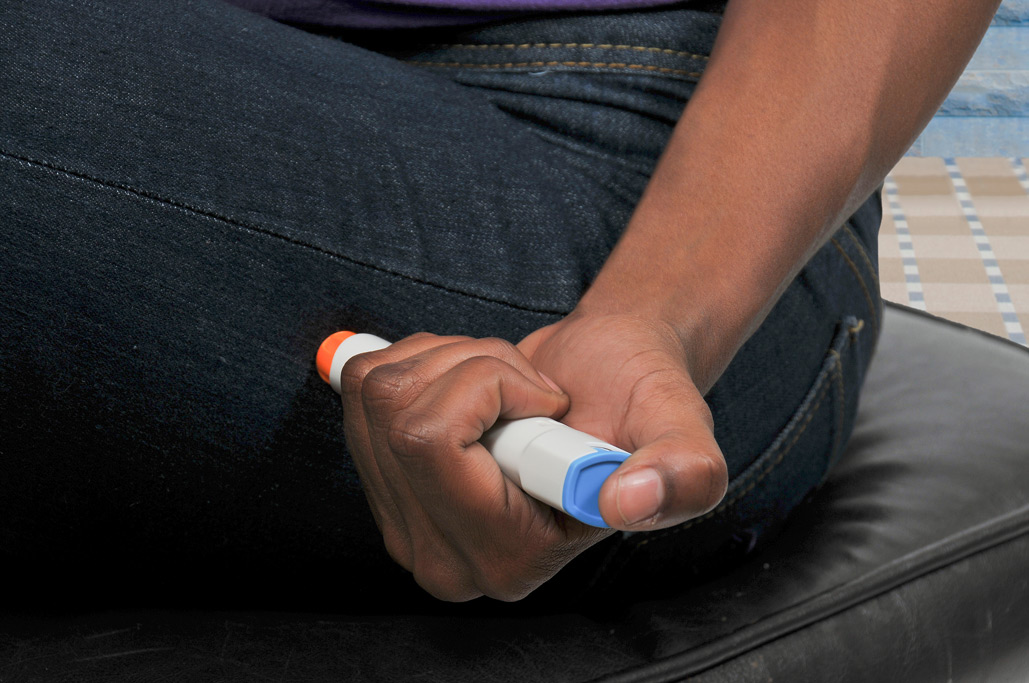 Epinephrine is the only medication that can stop anaphylaxis and it is critical that everyone with a food allergy has access to epinephrine to treat life threatening reactions. A new study being presented at this year’s American College of Allergy, Asthma and Immunology (ACAAI) Annual Scientific Meeting in Louisville, KY shows that only half of food allergic adult patients have immediate access to epinephrine, and 36% of adults believe epinephrine auto injectors (EAIs) can cause negative or life-threatening effects.

“We know that not everyone who needs a pair of EAIs has easy access to one,” says Jennaveve Yost, MS, lead author of the study. “Given that food allergy affects more than 32 million people in the United States, we wanted to find out why more people weren’t carrying EAIs for their food allergy. Our survey of more than 1,000 adults showed the top reported reason for not having an EAI was ‘my doctor did not indicate it was really needed’ or ‘I don’t believe I need it” – indicating that education gaps present a notable barrier to EAI access.”

An online survey was conducted with 1,006 food allergic adults. Participants self-identified as 61% Caucasian, 16% Black, 15% Hispanic and 7% as Asian, Native American, or Other.

“People with food and other severe allergies that can cause anaphylaxis need to understand that epinephrine is the first line of defense,” says Erin Malawer, senior author of the study. “The fact that 36% of adults believe EAIs can cause life-threatening side effects is worrisome. Our goal in doing the study was to show that more people need to be made aware that if they have a food allergy, they should always carry an EAI and that those EAIs are safe to use. Only 33% of those we surveyed reported having an unexpired EAI, another concerning statistic. EAIs should be a current prescription, and accessible.”

Anyone with a food allergy should be under the care of an allergist. An allergist can create a plan to help patients identify their food allergens and steer clear of triggers.