Natural compound in basil may protect against Alzheimer’s disease pathology 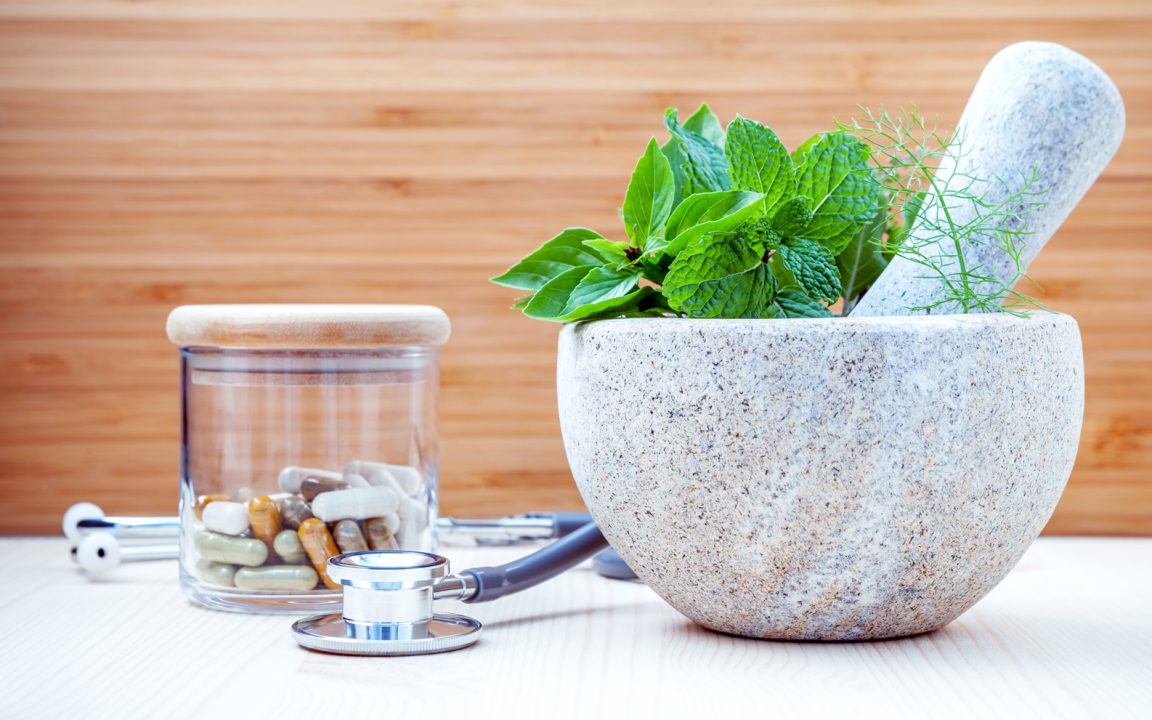 Fenchol, a natural compound abundant in some plants including basil, can help protect the brain against Alzheimer’s disease pathology, a preclinical study led by University of South Florida Health (USF Health) researchers suggests.

The new study published  in the Frontiers in Aging Neuroscience (@FrontiersIn), discovered a sensing mechanism associated with the gut microbiome that explains how fenchol reduces neurotoxicity in the Alzheimer’s brain.

Emerging evidence indicates that short-chain fatty acids (SCFAs)- metabolites produced by beneficial gut bacteria and the primary source of nutrition for cells in your colon — contribute to brain health. The abundance of SCFAs is often reduced in older patients with mild cognitive impairment and Alzheimer’s disease, the most common form of dementia. However, how this decline in SCFAs contributes to Alzheimer’s disease progression remains largely unknown.

Gut-derived SCFAs that travel through the blood to the brain can bind to and activate free fatty acid receptor 2 (FFAR2), a cell signaling molecule expressed on brain cells called neurons.

“Our study is the first to discover that stimulation of the FFAR2 sensing mechanism by these microbial metabolites (SCFAs) can be beneficial in protecting brain cells against toxic accumulation of the amyloid-beta (Aβ) protein associated with Alzheimer’s disease,” said principal investigator Hariom Yadav, PhD, professor of neurosurgery and brain repair at the USF Health Morsani College of Medicine, where he directs the USF Center for Microbiome Research.

One of the two hallmark pathologies of Alzheimer’s disease is hardened deposits of Aβ that clump together between nerve cells to form amyloid protein plaques in the brain. The other is neurofibrillary tangles of tau protein inside brain cells. These pathologies contribute to the neuron loss and death that ultimately cause the onset of Alzheimer’s, a neurodegenerative disease characterized by loss of memory, thinking skills and other cognitive abilities.

Dr. Yadav and his collaborators delve into molecular mechanisms to explain how interactions between the gut microbiome and the brain might influence brain health and age-related cognitive decline. In this study, Dr. Yadav said, the research team set out to uncover the “previously unknown” function of FFAR2 in the brain.

The researchers first showed that inhibiting the FFAR2 receptor (thus blocking its ability to “sense” SCFAs in the environment outside the neuronal cell and transmit signaling inside the cell) contributes to the abnormal buildup of the Aβ protein causing neurotoxicity linked to Alzheimer’s disease.

Then, they performed large-scale virtual screening of more than 144,000 natural compounds to find potential candidates that could mimic the same beneficial effect of microbiota produced SCFAs in activating FFAR2 signaling. Identifying a natural compound alternative to SCFAs to optimally target the FFAR2 receptor on neurons is important, because cells in the gut and other organs consume most of these microbial metabolites before they reach the brain through blood circulation, Dr. Yadav noted.

Dr. Yadav’s team narrowed 15 leading compound candidates to the most potent one. Fenchol, a plant-derived compound that gives basil its aromatic scent, was best at binding to the FFAR’s active site to stimulate its signaling.

“Fenchol actually affects the two related mechanisms of senescence and proteolysis,” Dr. Yadav said of the intriguing preclinical study finding. “It reduces the formation of half-dead zombie neuronal cells and also increases the degradation of (nonfunctioning) Aβ, so that amyloid protein is cleared from the brain much faster.”

Before you start throwing lots of extra basil in your spaghetti sauce or anything else you eat to help stave off dementia, more research is needed — including in humans.

In exploring fenchol as a possible approach for treating or preventing Alzheimer’s pathology, the USF Health team will seek answers to several questions. A key one is whether fenchol consumed in basil itself would be more or less bioactive (effective) than isolating and administering the compound in a pill, Dr. Yadav said. “We also want to know whether a potent dose of either basil or fenchol would be a quicker way to get the compound into the brain.”

The USF Health-led research was supported in part by grants from the National Institutes of Health, the U.S. Department of Defense, and the NIH-funded Wake Forest Clinical and Translational Science Institute.