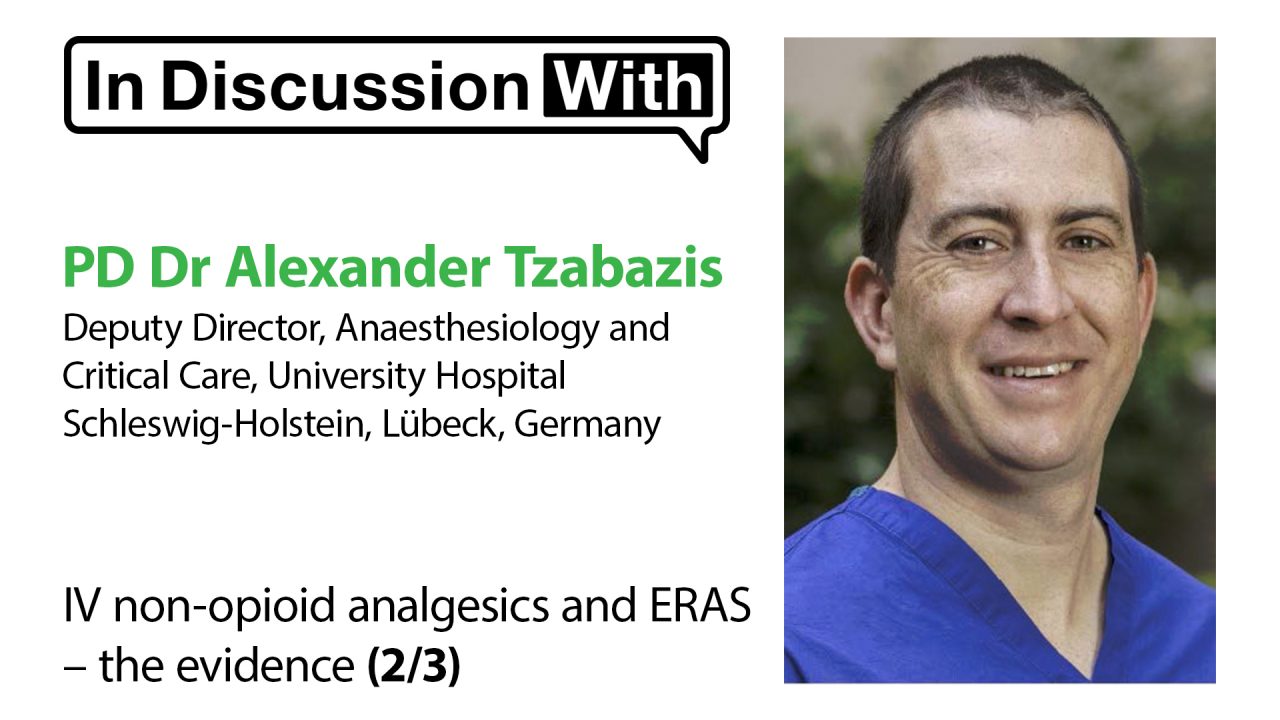 There is now extensive evidence to support the multimodal approach to peri-operative pain relief and the role of intravenous paracetamol and ibuprofen, according to Dr Alexander Tzabazis, Deputy Director of Anaesthesiology and Critical Care at the University Hospital of Schleswig Holstein, Germany.

A review article by Blumenthal in 2019 described a study comparing a historical pre-ERAS cohort with a post-ERAS cohort for four different types of surgery, including colorectal and obstetric/gynaecologic surgery. It showed that “you could actually reduce postoperative morphine equivalent requirements dramatically – by as much as 80 percent; …… that’s huge – in the post-operative period without compromising patients’ well-being or complications”, says Dr Tzabazis

Both paracetamol and non-steroidal anti-inflammatory drugs are well absorbed when given orally but intravenous administration offers advantages in the peri-operative period. “They are well absorbed however you have to remember that that most of the pharmacokinetic studies that that we’re looking at are in healthy volunteers….. so, they didn’t have any surgery and they didn’t get any opioids that might slow down GI (gastro-intestinal) motility. So, we don’t really know how much of these drugs are being absorbed [in post-operative patients]”, explains Dr Tzabazis. The key issue here is timing of onset of action. “If you want to time the onset of action of your non-opioid IV analgesics you need to give them intravenously – that’s common sense”, he adds.

Research has shown that pain control is marginally better when IV non-opioid analgesics are added. This “did not reach significance in in most studies, however, we get [that] slightly better pain control with a significantly reduced opioid requirement and that is usually or very often accompanied by reduction in side-effects that are typically caused by opioids, such as nausea and vomiting, says Dr Tzabazis.