Enhanced recovery after surgery and the maximodal approach 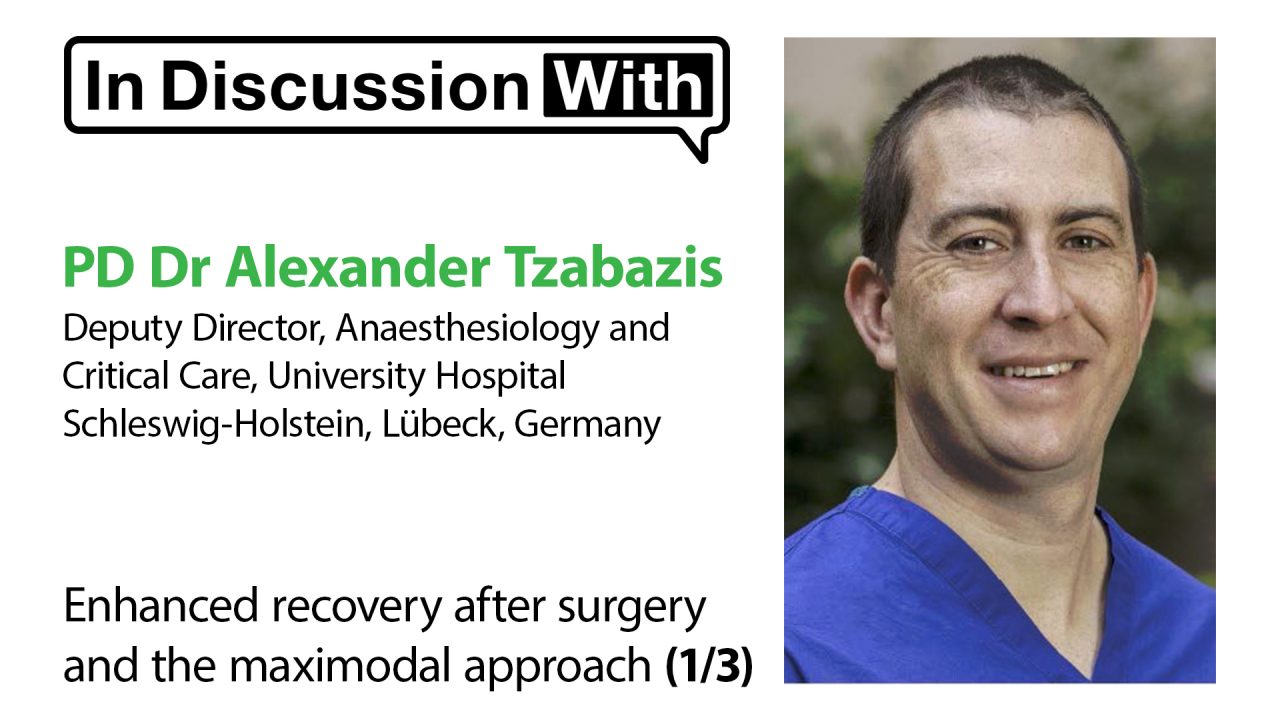 Enhanced recovery after surgery (ERAS) offers many advantages including early functional recovery and reduced exposure to opioids.  IMI spoke to Dr Alexander Tzabazis, Deputy Director of Anaesthesiology and Critical Care at the University Hospital of Schleswig Holstein, Germany to find out more.

Enhanced recovery after surgery (ERAS) is a really hot topic right now and there are protocols for almost any kind of surgery that you can imagine, according to Dr Tzabazis.  The overall goal for ERAS is to reduce perioperative complications and to achieve functional recovery as fast as possible – but not at the cost of additional complications. He describes this as a “better first, then fast” approach.

A multitude of approaches can be used to manage peri-operative pain. Regional anaesthesia has an important place. This could be by means of epidural administration, a nerve block or continuous peripheral nerve block. The other important approach is systemic administration of opioid and non-opioid analgesics, either at regular intervals or continuously using a syringe pump. Local anaesthetics might also be given, such as IV lidocaine (lignocaine).  There is now a big group of non-opioid analgesics – “that being ibuprofen, acetaminophen or paracetamol but then there’s also new additions such as the gabapentinoids. We also have ketamine- that’s a drug that is increasingly being used in perioperative pain management – and then we also have the alpha-agonists such as clonidine or dexmedetomidine. So we have really a huge armamentarium to treat perioperative pain from all kinds of different angles – and we should really use the best approach for individual patients”, says Dr Tzabazis

In practice, “you really need to tailor your approach to your individual patient and to the type of surgery that this patient is having”, he explains. For example, if a patient is undergoing major abdominal surgery with a big mid-line incision, the traditional approach [of] placing in a pre-operative epidural catheter is still valid. “However, we are now increasingly using a multimodal pain approach where we add IV or oral analgesic drugs as well and that is not only opioids but also increasingly non-opioids.  Some people have called this a ‘maxi-modal’ approach where we kind of try to … mix together all the different analgesics that we have available ….. to reduce side effects [compared with] one single medication.” In view of the opioid crisis, it is important to try to reduce opioid requirements in the immediate post-operative period and also in the long-term post-operative period, he comments.