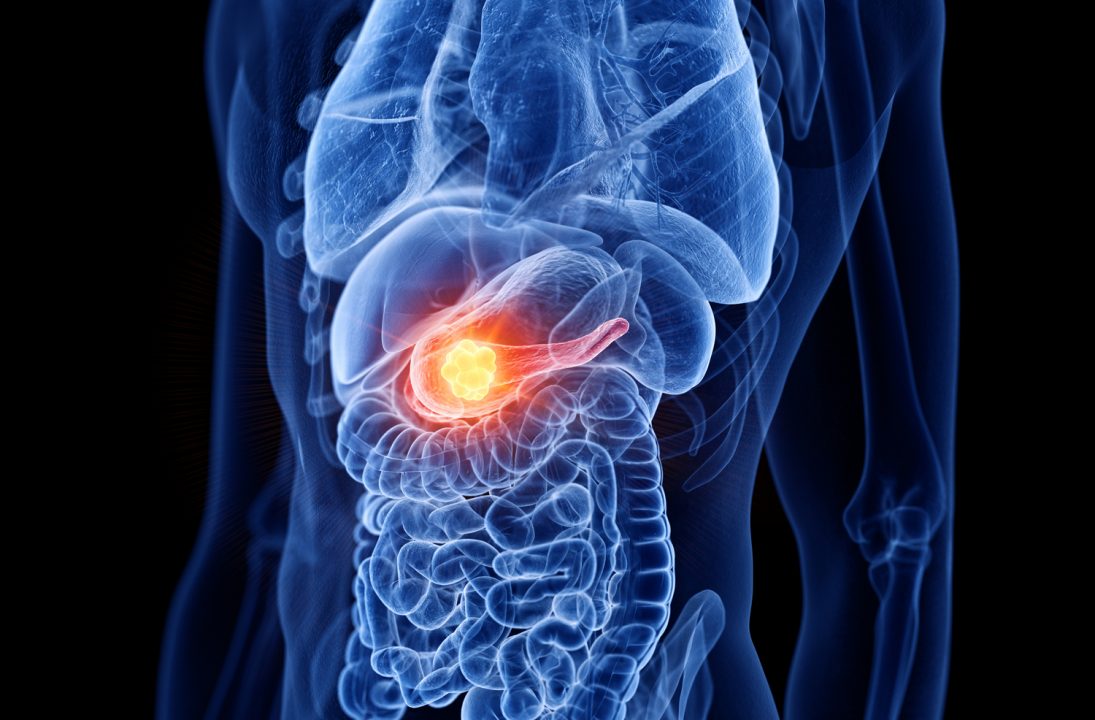 Giving early-stage pancreatic cancer patients a CD40 immune-stimulating drug helped jumpstart a T cell attack to the notoriously stubborn tumor microenvironment before surgery and other treatments, according to a new study from researchers. Changing the microenvironment from so-called T cell “poor” to T cell “rich” with a CD40 agonist earlier could help slow eventual progression of the disease and prevent cancer from spreading in more patients.

The data–which included 16 patients treated with the CD40 agonist selicrelumab–was presented today by Katelyn T. Byrne, PhD, an instructor of Medicine in the division of Hematology-Oncology in the Perelman School of Medicine at the University of Pennsylvania, during a plenary session at the American Association for Cancer Research annual meeting (Abstract #CT005).

“Many patients with early-stage disease undergo surgery and adjuvant chemotherapy. But it’s often not enough to slow or stop the cancer,” Byrne said. “Our data supports the idea that you can do interventions up front to activate a targeted immune response at the tumor site–which was unheard of five years ago for pancreatic cancer–even before you take it out.”

The purpose of CD40 agonists is to help “push the gas” on the immune system both by activating antigen-presenting cells, such as dendritic cells, to “prime” T cells and by enhancing immune-independent destruction of the tumor site. The therapies have mostly been investigated in patients with metastatic pancreatic cancer patients in combination with other therapies, such as chemotherapy or other immunotherapies. This is the first time the drug has been shown to drive an immune response in early-stage patients both at the tumor site and systemically–which mirrors what researchers found in their mouse studies.

The phase 1b clinical trial was conducted at four sites, including the ACC, Fred Hutchinson Cancer Research Center at the University of Washington, Case Western Reserve University, and Johns Hopkins University.

Sixteen patients were treated with selicrelumab before surgery. Of those patients, 15 underwent surgery and received adjuvant chemotherapy and a CD40 agonist. Data collected from those patients’ tumors and responses were compared to data from controls (patients who did not receive the CD40 agonist before surgery) treated at Oregon Health and Science University and Dana Farber Cancer Institute.

Multiplex imaging of immune responses revealed major differences between the two groups. Eighty-two percent of tumors in patients who received the CD40 agonist before surgery were T-cell enriched, compared to 37 percent of untreated tumors and 23 percent chemotherapy or chemoradiation-treated tumors. Selicrelumab tumors also had less tumor-associated fibrosis (bundles of tissue that prevent T cells and traditional therapies from penetrating tumors), and antigen-presenting cells known as dendritic cells were more mature.

In the treatment group, disease-free survival was 13.8 months and median overall survival was 23.4 months, with eight patients alive at a median of 20 months after surgery.

“This is a first step in building a backbone for immunotherapy interventions in pancreatic cancer,” Byrne said.

Based on these findings, researchers are now investigating how other therapies combined with CD40 could help strengthen the immune response even further in pancreatic cancer patients before surgery.

“We’re starting to turn the tide,” said Robert H. Vonderheide, MD, DPhil, director of the ACC and senior author. “This latest study adds to growing evidence that therapies such as CD40 before surgery can trigger an immune response in patients, which is the biggest hurdle we’ve faced. We’re excited to see how the next-generation of CD40 trials will take us even closer to better treatments.”