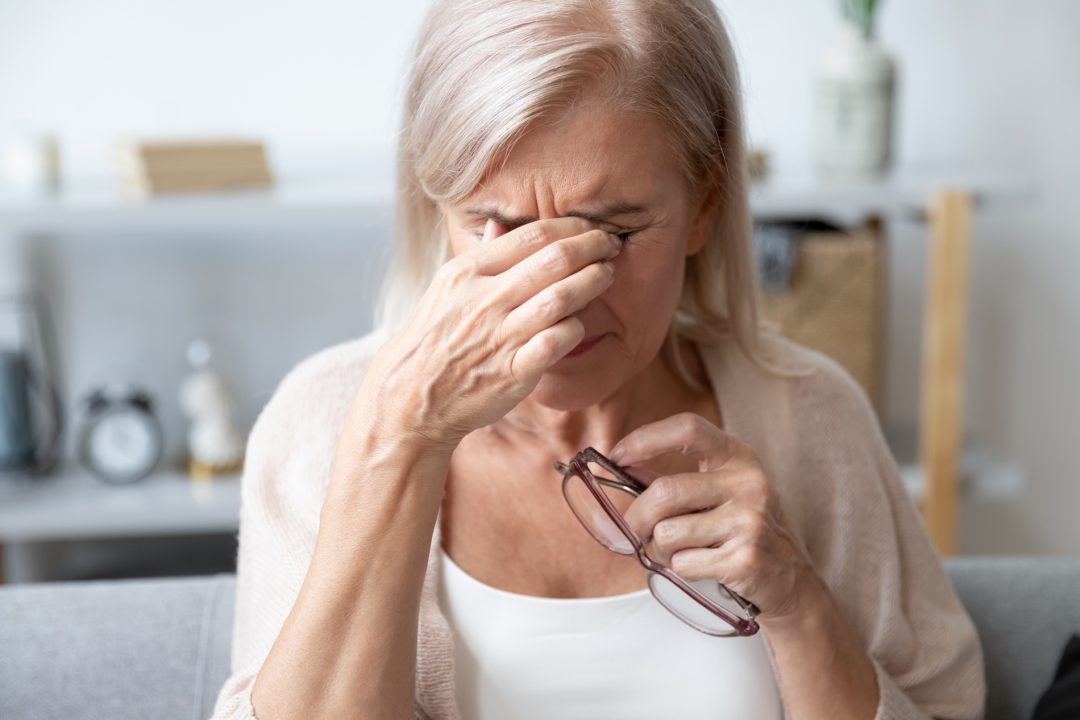 Health issues for people over sixty commonly involve the heart and other vital organs. So do eye-related conditions such as cataracts and glaucoma, but dry eyes don’t often come to mind. Or do they?

In fact, more than 70% of people in this age group are believed to suffer from meibomian gland disorder, the most common cause of dry eyes.

A new study led by Kyoto University researchers reports that the loss of sex steroid hormones produced by the enzyme 3-hydroxyl-steroid dehydrogenase, or 3-HSD, causes the condition, but it can be treated with nicotinamide mononucleotide, or NMN, which is a non-steroid agent.

“Meibomian glands are found in the eyelids and have a role in producing the oil that coats the eyes. Without this oil, tears evaporate, ” notes project leader Masao Doi.

Despite the high frequency of meibomian gland disorder, it does not appear to be life-threatening. Nevertheless, the chronic condition could lead to serious eye damage to the eyes if left untreated.

No curative therapy is currently available for meibomian gland disorder because the underlying molecular mechanisms are still unknown.

As we age, our hormone production decreases. The best-known examples are the sex hormones, such as testosterone and estrogen, which clearly correlate with age-associated incidence of meibomian gland disorder.

Classically, hormones are produced by endocrine organs and then enter the blood flow where they travel to regulate other parts of the body. However, using mutant mice, the study shows that instead of this endocrine system the meibomian gland depends on the more recently discovered intracrine system in which the hormone acts in the tissue where it is synthesized.

“Indeed, disturbed intracrine 3-HSD enzyme activity in mutant mice was found to result in atrophy of the gland, which further led to the disorder,” Doi concludes.

The research team’s key interest in 3-HSD activity lies in its circadian rhythm, responsible for a number of oscillating physiological behaviors such as sleep, menstrual cycles, and hormone secretion. Further research on these circadian rhythms is expected to provide more clues on treating 3-HSD-related conditions.

Doi adds, “We found that the enzymatic activity of 3-HSD peaked in mice just as they went to sleep. This observation suggests the timing of the drug administration is important.”

The oscillating activity of 3-HSD is attributed to the abundance in the gland of the 3-HSD cofactor nicotinamide adenine dinucleotide, or NAD, which is a coenzyme found in all cells and commonly sold as an over-the-counter supplement. It is also gaining attention as a compound in drug development for its ability to activate or inhibit hormone-producing enzymes including 3-HSD.

Confirming this point, the study shows that topically administering nicotinamide mononucleotide, or NMN, a precursor of NAD, elevates the amount of NAD neededto reboot 3-HSD activity. Adding NMN periodically to the meibomian gland of snoozing mice reduced atrophy of the meibomian gland, effectively alleviating dryness in the eyes.

Although steroids, such as testosterone, typically have unanticipated side effects, Doi states, “Our study shows it is possible to avoid this problem not only with local treatment but also with a non-steroidal agent, such as NMN.”