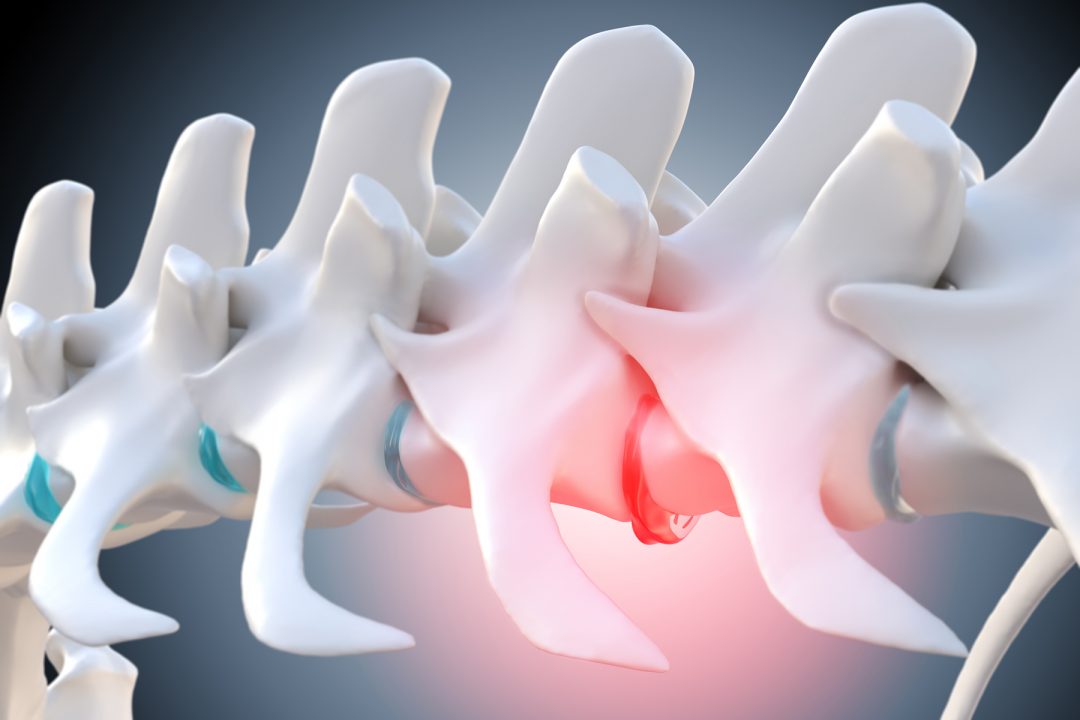 Chronic back pain affects upwards of 15 million adults in the US, racking up billions in healthcare costs and lost work days. Degeneration of the discs that cushion and support vertebrae, a common occurrence of aging, is a major contributor to low back pain. Although a widespread condition, few treatments are available. Now Jefferson’s Makarand Risbud, PhD, James J. Maguire Jr. Professor of Spine Research in orthopedic surgery, division director of orthopedic research and co-director of the cell biology and regenerative medicine graduate program, and colleagues have shown that treating mice with a drug cocktail that removes aging cells reduces disc degeneration. The findings, reported in Nature Communications on September 3rd, show how a novel approach to preventing age-related disc degeneration may pave the way for treating chronic back pain.

Surgery or steroid injections are options to treat low back pain from disc degeneration, but the vast majority of patients do not meet criteria for surgery and epidural steroid injections do not work well most of the time. Prolonged use of strong painkillers prescribed for back pain, such as opioids, carry the risk of addiction.

In collaboration with Brian Diekman, PhD, an assistant professor of biomedical engineering at the University of North Carolina in Chapel Hill, Dr. Risbud and his team were looking for an effective and noninvasive way to treat back pain from disc degeneration that did not involve painkillers like opioids. Instead, they turned to a class of small molecules known as senolytics. These drugs target cells in the body that are in a process of age-related deterioration called senescence.

With age, every tissue in the body accumulates senescent cells. Senescent cells secrete destructive enzymes and inflammatory proteins that affect nearby healthy cells. Senolytic drugs remove these deteriorating cells, leaving room for new cells to replace them. The idea is that removing senescent cells from a tissue will improve the tissue’s function.

Recent research has shown that to be the case. Two senolytic drugs, dasatinib and quercetin, have shown enough promise to treat scarring in lung tissue that they are now in clinical trials. But the lungs are very different than discs in the spine.

“Just because the drugs work in one tissue doesn’t mean they will also work in another,” Dr. Risbud says. “Every tissue is different.”

To find out whether senolytics could improve aging-related disc degeneration, Emanuele Novais, an MD, PhD student in Dr. Risbud’s lab and first-author of the new work, and colleagues gave young, middle-aged and elderly mice a cocktail of the senolytic drugs, dasatinib and quercetin, every week.

The weekly injections mitigated disc generation, but not in the way that Dr. Risbud and his team had expected. They expected to see the largest effect in the oldest animals because these animals would have accumulated more senescent cells than younger mice. Instead, Dr. Risbud and colleagues found that treatment in younger animals had more benefit and actually had a protective effect.

Young and middle-aged mice given the senolytic cocktail showed less disc degeneration and fewer senescent cells by the time they reached an advanced age compared to mice given a placebo.

“We anticipated that in tissues with a lot of senescence, removing the senescent cells would make a big difference, but it didn’t,” Dr. Risbud said. “The therapy was most effective when we started treating the mice when those senescent cells were just beginning to emerge. Our findings show that if given early, senolytic drugs can actually slow disc degeneration,” says Dr. Risbud. “This is a novel preventive approach

But the mice needed a weekly injection from a relatively young age until they reached old age, a much longer time period than senolytic drugs have been given in other uses. The researchers however did not see any deleterious effects of long-term treatment.

“It is possible that people will have to take this for a long time for treatment to be effective, and our data show that the drugs were well-tolerated, at least in mice,” Dr. Risbud says.

Altogether, the findings show that senolytic drugs — ones already approved for use in clinical trials — can mitigate disc degeneration that occurs with aging.

“This research paves the way for translating these studies first to a preclinical animal model and then to a clinical trial in humans,” says Dr. Risbud said.