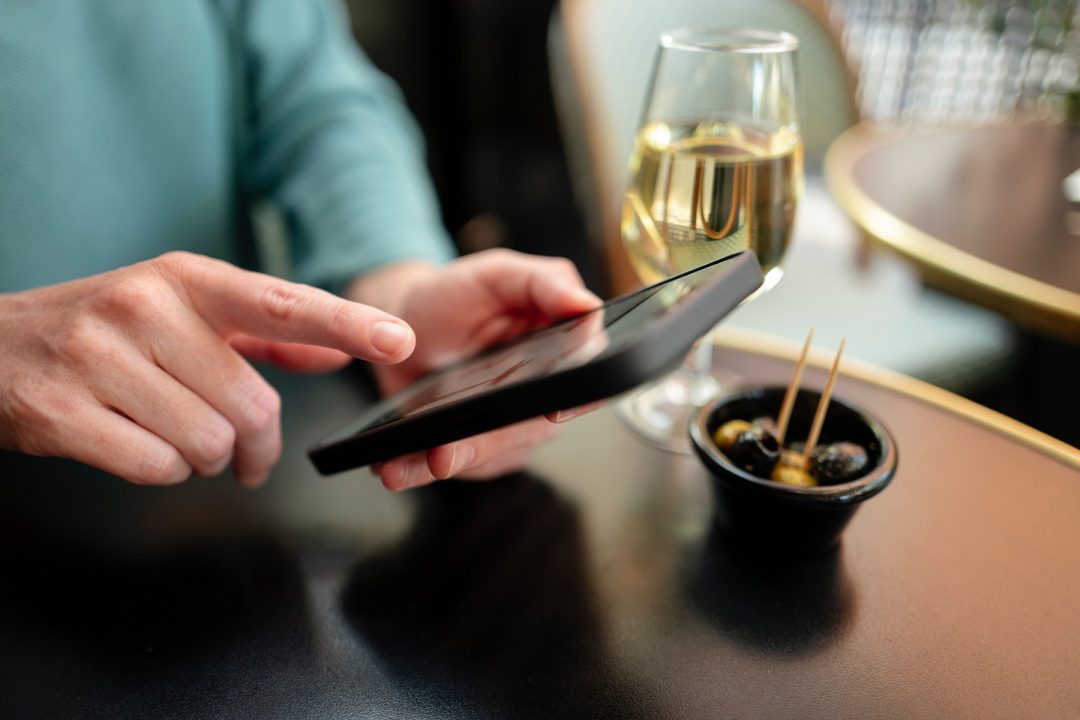 A digital support tool on your phone can help if you want to reduce your alcohol consumption. This has been shown in a study by researchers at Linköping University. They have developed and evaluated a digital tool which helps individuals reduce their alcohol intake on their own.

“At the beginning of the study, the participants indicated that it was very important for them to reduce their alcohol consumption. But most indicated that they didn’t know how to do it. Those who got access to the digital support began to feel more self-assured about how they could go about actually changing their behaviour,” says Marcus Bendtsen, who has led the study and is associate professor at the Department of Health, Medicine and Caring Sciences at Linköping University.

Marcus Bendtsen believes that there is too little discussion about concrete methods of creating long-lasting change. Warning messages and communicating the risks of various behaviours aren’t enough. In Sweden, the sale of alcohol is regulated by the state, and the tax on alcohol is relatively high. Despite this, alcohol consumption has remained at the same level for a long time. Around 3 in 10 adults, or 3 million Swedes, drink alcohol in such a way that it is classified as risky drinking. In such cases, the risk of diseases such as cancer, stroke and heart problems is considerably higher. People who are risky drinkers are also at a much higher risk of other physical and psychological negative consequences, and so are family members and other people close to the drinker . The researchers behind the study, which has been published in the journal BMC Medicine, looked for a new way to reach those who want help to drink less.

“People who want to quit smoking are encouraged and supported by those around them. But there is stigma around wanting to stop drinking alcohol. There is a common conception that one should be able to handle one’s own alcohol consumption, and many don’t seek help, even if they want to change their behaviour,” says Marcus Bendtsen.

Digital support, such as a mobile app or support online, could be one way to reach more people who need help. Digital tools can be scaled up and used by many, without costs increasing much. They can also work better for people who do not want to turn to the healthcare system, because a digital tool can be used without personal contact. No one else needs to know that you use the tool, which reduces the stigma barrier for seeking help.

To investigate whether their digital tool could contribute to reduced alcohol intake, the researchers wanted to reach out to people in the very moment when they were motivated to reduce their alcohol consumption. The study participants were recruited online through targeted adverts shown to people looking for information about how to drink less alcohol. Those who chose to participate in the study were randomly allocated into two groups. One group was immediately given access to the new digital tool. The other group was offered existing web-based resources, and was asked to motivate themselves to reduce their consumption. They later received access to the digital tool.

Those who were immediately offered the digital support received a message every Sunday. In a neutral tone, the message encouraged them to assess their alcohol consumption during the past week. After participants had reported their drinking, they received feedback and access to several tools. Among other things, the tools included help for participants to set goals for themselves and keep track of their alcohol consumption over time. Participants were also able to learn more about the social risks of being under the influence of alcohol, and about the risks to one’s own health. The participants could write messages to themselves and choose when to receive them — for example, a reminder to take it easy with the drinking on a certain day or a motivational reminder about why they wanted to drink less.

It turned out that the effect of the digital support tool, after four months’ use, was comparable to other digital interventions from international studies — but also a little better than the evidence for face-to-face interventions.

“Those who had access to the digital tool had roughly 25 percent lower alcohol consumption than the group which didn’t, which is a slightly larger effect than we expected. This kind of tool won’t change the overall societal situation when it comes to alcohol consumption, but it is a very good tool for individuals who want to change their own lives,” says Marcus Bendtsen.

The researchers are now developing an app to make the tool available to individuals who feel the need for it. They also want to adapt the app to individual needs. There was a broad age range among the participants in the study, and the reasons for drinking alcohol vary between 18-year-olds and 80-year-olds. The researchers are also performing health economic calculations to see what the effects on healthcare savings and quality of life would be over a 30-40 year period if the tool was used widely.

The study was funded with support from Alcohol Research Council of the Swedish Alcohol Retailing Monopoly. Linköping University has paid for open access publication.

In the risk zone?

There is no “safe” alcohol consumption, but the term risky drinking is used when there is a marked increased risk of negative consequences.

In Sweden, a standard drink is defined as 12 grams of alcohol, which is equivalent to a bottle of regular beer (5%), a small glass of wine (13%) or a drink with 4 centilitres of spirit (40%).