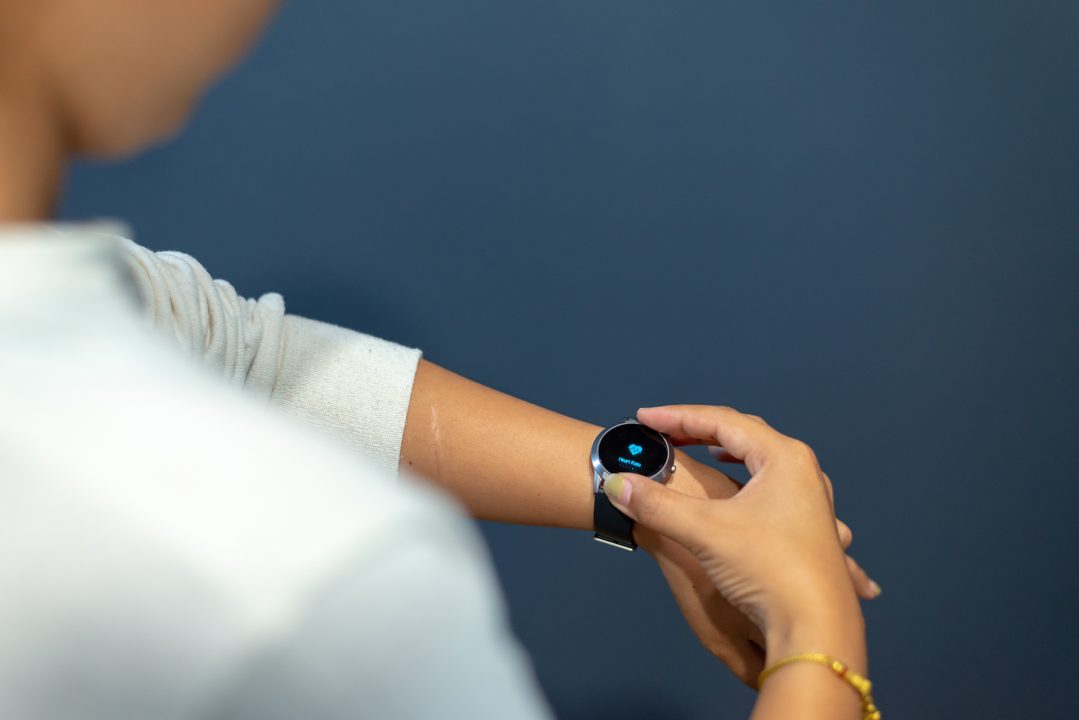 Long-term data gathered from wearables can quicky indicate illness and other abnormalities in a patient’s health.

DURHAM, N.C. — Smartwatches and other wearable devices may be used to sense illness, dehydration and even changes to the red blood cell count, according to biomedical engineers and genomics researchers at Duke University and the Stanford University School of Medicine.

The researchers say that, with the help of machine learning, wearable device data on heart rate, body temperature and daily activities may be used to predict health measurements that are typically observed during a clinical blood test. The study appears in Nature Medicine on May 24, 2021.

During a doctor’s office visit, a medical worker usually measures a patient’s vital signs, including their height, weight, temperature and blood pressure. Although this information is filed away in a person’s long-term health record, it isn’t usually used to create a diagnosis. Instead, physicians will order a clinical lab, which tests a patient’s urine or blood, to gather specific biological information to help guide health decisions.

These vital measurements and clinical tests can inform a doctor about specific changes to a person’s health, like if a patient has diabetes or has developed pre-diabetes, if they’re getting enough iron or water in their diet, and if their red or white blood cell count is in the normal range.

But these tests are not without their drawbacks. They require an in-person visit, which isn’t always easy for patients to arrange, and procedures like a blood draw can be invasive and uncomfortable. Most notably, these vitals and clinical samples are not usually taken at regular and controlled intervals. They only provide a snapshot of a patient’s health on the day of the doctor’s visit, and the results can be influenced by a host of factors, like when a patient last ate or drank, stress, or recent physical activity.

“There is a circadian (daily) variation in heart rate and in body temperature, but these single measurements in clinics don’t capture that natural variation,” said Duke’s Jessilyn Dunn, a co-lead and co-corresponding author of the study. “But devices like smartwatches or Fitbits have the ability to track these measurements and natural changes over a prolonged period of time and identify when there is variation from that natural baseline.”

To gain a consistent and fuller picture of patients’ health, Dunn, an assistant professor of biomedical engineering at Duke, Michael Snyder, a professor and chair of genetics at Stanford, and their team wanted to explore if long-term data gathered from wearable devices could match changes that were observed during clinical tests and help indicate health abnormalities.

The experiment showed that there were multiple connections between the smartwatch data and clinical blood tests. For example, if a participant’s watch indicated they had a lower sweat gland activation, as measured by an electrodermal sensor, that indicated that the patient was consistently dehydrated.

“Machine learning methods applied to this unique combination of clinical and real-world data enabled us to identify previously unknown relations between smartwatch signals and clinical blood tests,” said ?ukasz Kidzi?ski, a co-lead author of the study and a researcher at Stanford.

The team also found that measurements that are taken during a complete blood lab, like hematocrit, hemoglobin, and red and white blood cell count, had a close relationship to the wearables data. A higher sustained body temperature coupled with limited movement tended to indicate illness, which matched up with a higher white blood cell count in the clinical test. A record of decreased activity with a higher heart rate could also indicate anemia, which occurs when there isn’t enough iron in a patient’s blood.

Although the wearables data isn’t specific enough to accurately predict the precise number of red or white blood cells, Dunn and the team are highly optimistic that it could be a noninvasive and fast way to indicate when something in a patient’s medical data is abnormal.

“If you think about someone just showing up in an emergency room, it takes time to check them in, to get labs going, and to get results back,” said Dunn. “But if you were to show up in an ER and you’ve got an Apple Watch or a Fitbit, ideally you’d be able to pull the long-term data from that device and use algorithms to say, ‘this may be what’s going on.’

“This experiment was a proof-of-concept, but our hope for the future is that physicians will be able to use wearable data to immediately get valuable information about the overall health of a patient and know how to treat them before the clinical labs are returned,” Dunn said. “There is a potential for life-saving intervention there if we can get people the right care faster.”