9 out of 10 Americans live close to community pharmacy 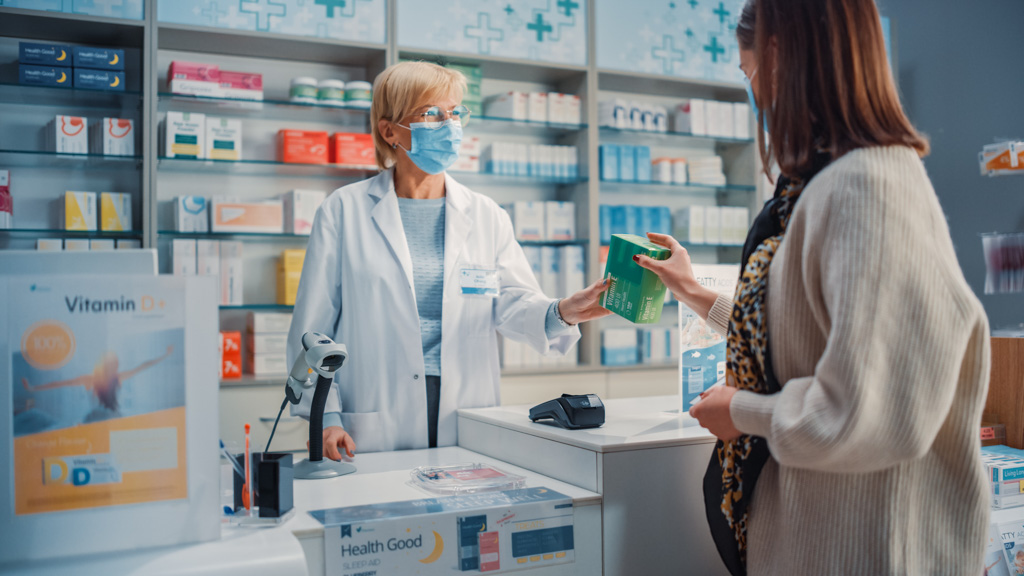 Almost 90% of the U.S. population lives within 5 miles of a community pharmacy, but more than half of Americans have to commute for more than 1 mile to reach a pharmacist. A new nationwide analysis published online in the Journal of the American Pharmacists Association ahead of print verifies an often-cited statistic that, until now, was not supported with peer-reviewed evidence.

The study, led by University of Pittsburgh and University of California San Diego researchers, is the first nationwide analysis of driving distance to community pharmacies. The results provide a better understanding of accessibility to U.S. drugstores and the essential services they provide.

“Community pharmacies are the front door to the health system. They’re often where people start their health care journey and are a gateway to connection with other health care services,” said first author Lucas Berenbrok, Pharm.D., associate professor of pharmacy and therapeutics in the Pitt School of Pharmacy. “Our study shows that most Americans live close to community pharmacies and that community pharmacists can reach a lot of people. This means that pharmacies should be an important part of public health initiatives, like COVID-19 vaccinations, testing, and treatment.”

According to Berenbrok, the frequently cited statistic that 90% of Americans live within 5 miles of a pharmacy had been difficult to verify. To examine whether the claim held water, Berenbrok teamed up with senior author Inmaculada Hernandez, Pharm.D., Ph.D., associate professor of clinical pharmacy at UC San Diego. The researchers and their team mapped all 61,715 community pharmacies in the U.S., including chains, regional franchises, independent pharmacies and government pharmacies. Next, they took a 1% representative sample of the U.S. population and mapped the driving distance from home addresses to the nearest pharmacy.

“We found that 88.9% of the population lived within 5 miles of a community pharmacy, so we were surprised and excited to find that our analysis came very close to the famous statistic,” said Berenbrok.

These findings suggest that the vast majority of Americans have access to pharmacies, but Berenbrok added that “not all 5 miles are created equal.”

“Driving distance is not a perfect predictor of pharmacy accessibility,” he explained. “If you have a reliable car and can take time off work, then 5 miles may not be a problem. But the same distance could be a big deal for someone without a car or who lives in an area without good public transport.”

The authors also looked at the distribution of pharmacy types across the U.S. In cities, 62.8% of pharmacies were chains, whereas in rural areas, 76.5% were franchises or independent pharmacies.

“Our study demonstrates that community pharmacies, particularly those that are independent or franchises, play a major role in providing access to health care in rural areas,” said Hernandez. “These findings emphasize the need for reform of the drug reimbursement system to ensure the financial sustainability of these mom-and-pop shops — which are more at risk of closures than large chains. This is crucial to ensure equitable access to health care in rural and underserved areas.”

The analysis showed that 8.3% of counties in the U.S. had at least 50% of residents who lived more than 10 miles from a community pharmacy. These low access counties were primarily in Alaska, South Dakota, North Dakota and Montana.

Berenbrok and Hernandez hope their findings guide efforts to improve availability of pharmacy services in underserved areas. For example, public health planners could target pop-up COVID-19 or flu vaccine clinics to populations who have lower access to community drugstores.