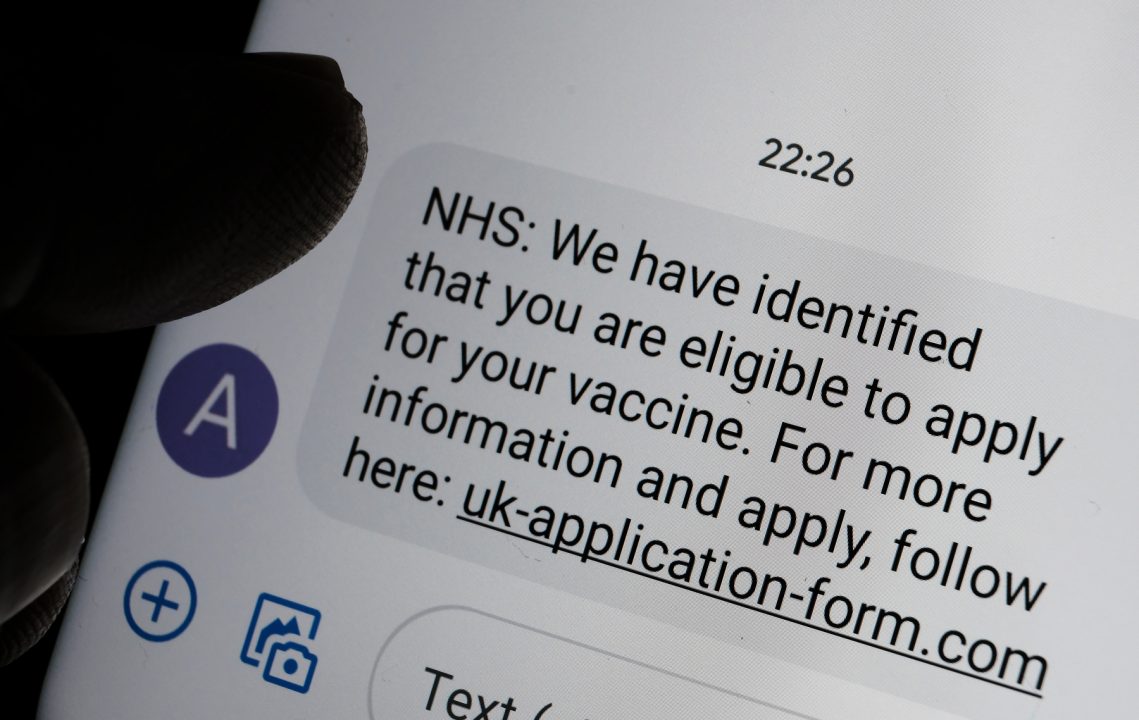 Automated text messaging was as effective as direct phone calls in getting unvaccinated patients to seek out a COVID-19 shot, according to a new study from the Perelman School of Medicine at the University of Pennsylvania that demonstrated the possibility of lower-cost alternatives to traditional patient outreach. The research was published today in JAMA Network Open.

“The take-away is that the text arms of our study were comparable to the phone-only arm, but the text messaging is less resource-intensive since a live call center only needs to talk to those who are already interested instead of making cold calls to everyone on the list,” said the study’s lead author, Shivan Mehta, MD, an assistant professor of Medicine and the associate chief innovation officer at Penn Medicine.

Although the researchers had hypothesized that using texting to guide more patients to vaccination might reach more people than phoning them, the numbers were almost identical among all arms of the study, with texting and phone calls all receiving answers from about 3 percent of recipients. But these results still showed that there was not a drop-off in respondents when texting was used.

Moreover, not all outreach methods reach the same populations equally, research has shown. Having more options might be a key to access for different populations.

“We did not really find any significant difference in response between text and outbound phone calls by sociodemographic variables, but in this trial the response rate was higher among Black patients, lower income, and Medicaid patients, compared to White, higher income, and commercially insured patients,” Mehta said. “I suspect this is because the latter groups responded more to earlier email/patient portal efforts.”

Vaccine outreach at Penn Medicine initially focused on reaching patients considered most at-risk for severe cases of COVID-19 through its online patient portal, which resulted in a high conversion rate early on. However, to reach a wider population of patients and improve equity, the health system shifted more to a “low/no-tech” approach with the help of several different areas within the system, including the Center for Health Care Innovation, Information Services, Marketing/Communications, and others. This new approach began with making phone calls directly to patients to offer vaccines.

It was after that that text messaging was implemented and studied as a means of continuing to improve equity outreach.

“Without the text message system, we wouldn’t have been able to reach and offer vaccines to thousands of patients at a critical time in the pandemic,” Mallozzi said.

The study findings resulted from an embedded randomized control trial that occurred between April 29 and July 6, 2021, in Philadelphia, when the text messaging system was well established. It was a time period when the initial wave of enthusiasm for COVID vaccines began to wane. More than 16,000 patients were included in the research. They were separated into three groups: one receiving just phone calls from the health system to set up a vaccine appointment, another receiving an automated text later followed up by a phone call, and the last receiving only an automated text that urged them to call in for an appointment. Patients who got their vaccines in these three arms was 3.6, 3.1, and 3.3 percent, respectively.

Each of the patients receiving texts also was subdivided into one of four other groups: one with a simple, standard message, and three others using language informed by behavioral science, such as emphasizing endorsements from doctors and personal time reservations. In all four arms of this part of the study, the range of vaccination completion was 2.6 to 3.6 percent. There was no statistically significant difference between the groups, but the study showed that messages emphasizing clinician endorsements and reservations had higher responses than the regular outreach text.

Mehta said that he and his colleagues are trying to apply lessons learned from this study not just to COVID vaccine outreach, but also to other areas of health care that predate the pandemic.

“We are taking lessons learned and applying it to flu vaccines, breast cancer screening, and colorectal cancer screening,” Mehta explained. “Phone and text messaging are useful tools to improve equity in response rates to preventive health outreach, particularly among minority and older patients. The efficiency of automated text messaging over cold calls that take a lot of staff’s time makes these efforts particularly promising.”