Smoking increased in those trying to quit during COVID-19, study shows 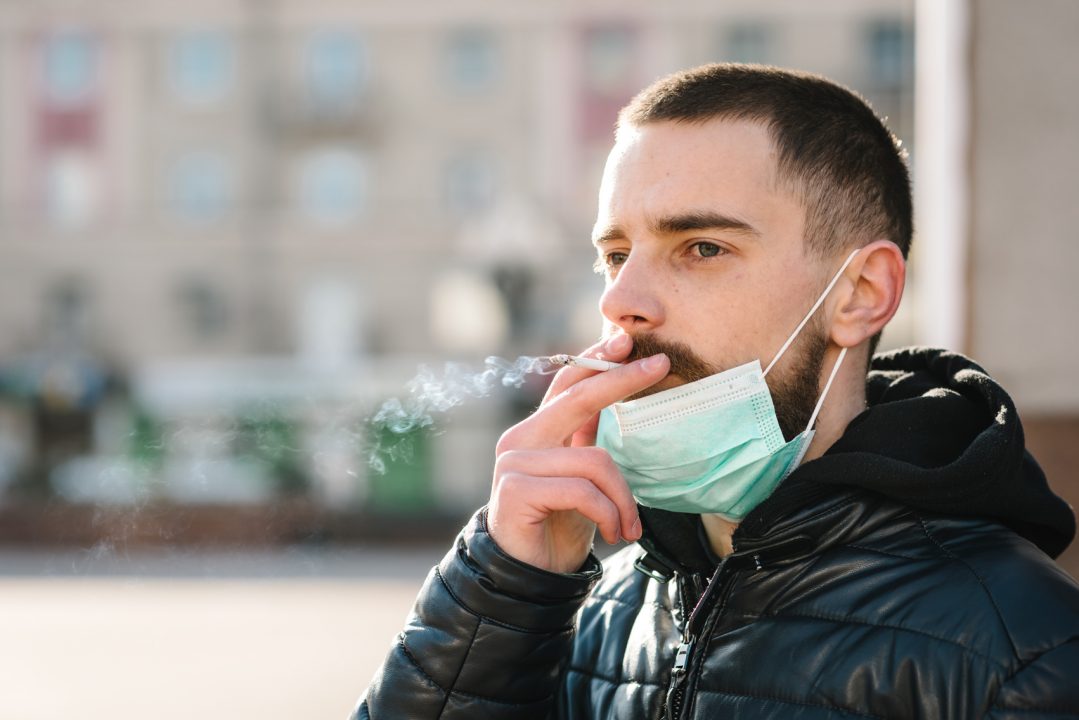 While smoking rates have declined dramatically in the United States, there are still 35 million smokers. There are few data about whether, and if so, how current cigarette smoking habits among those trying to quit are affected by the COVID-19 pandemic.

Charles H. Hennekens, M.D., Dr.PH., senior author, first Sir Richard Doll Professor of Medicine and senior academic adviser to the dean at Florida Atlantic University’s Schmidt College of Medicine and collaborators from Baylor College of Medicine, examined changes to smoking habits and correlates of increases and decreases during the COVID-19 pandemic among participants enrolled in a tobacco cessation and lung cancer screening program.

Between June and October 2020, they conducted a cross-sectional survey of a program participant sample. The survey consisted of three parts: changes in tobacco use; impact and coping strategies; and COVID-19 exposure and use of protective measures. Demographic variables included age, sex, race/ethnicity and marital status.

Researchers found correlates of increased tobacco use related to coping strategies and mental health such as high uncertainty about the future, loneliness as a result of social distancing, anger or frustration with how the pandemic has disrupted daily life, boredom because of being unable to work or engage in regular daily activities/ routines, desire to cope using alcohol or drugs, sadness or feelings of hopelessness and worry or fear about challenges to securing basic needs such as groceries or medication.

In contrast, those who smoked less were more likely to practice social distancing and other preventive strategies of proven benefit.

“These data may aid healthcare providers to identify and provide counsel to cigarette smokers at greater risk for increasing tobacco consumption during current and future stresses such as the COVID-19 pandemic,” said Hennekens. “All of these efforts have the potential to reduce many premature deaths from cigarette smoking, which remain alarmingly and unnecessarily high in the U.S. and are increasing worldwide.”

The U.S. Centers for Disease Control and Prevention estimates that tobacco-related causes account for more than 480,000 deaths in the U.S. each year, which was recently exceeded by the deaths from COVID-19.

Smoking cigarettes causes premature deaths due mainly to a two-fold risk of cardiovascular disease and a 20-fold risk of lung cancer. Quitting smoking reduces the risk of dying from cardiovascular disease beginning with a matter of months, reaching that of a lifelong non-smoker within a few years, even among older adults. In contrast, reductions in mortality risk from lung cancer only begin to appear several years after quitting, and even by 10 years, the risk is reduced to only approximately mid-way between continuing smokers and lifelong smokers. This is because the risks of cardiovascular disease relate to the numbers of cigarettes currently smoked and the risks of cancer to the duration of the habit.

Each year in the U.S., approximately 30 million hospitalizations occur in individuals 18 and older. Of these, more than 7 million are current cigarette smokers whose average hospital stay is several days.

“Smoking cessation therapy also should include long-term counseling and at least 90 days of a prescription drug, in particular, varenicline, whose mechanisms include blocking the pleasurable sensations of nicotine on the brain,” said Hennekens.

The authors dedicated the manuscript to the memory of the late Edward D. Frohlich, M.D., Ph.D., who was the Alton Ochsner Distinguished Scientist at the Ochsner Clinic Foundation and a staff member of the Ochsner Clinic.

Hennekens was the 29th recipient of the prestigious “Alton Ochsner Award,” in recognition of his seminal discovery research on the hazards of cigarette smoking. Ochsner, a thoracic surgeon, and Michael DeBakey, M.D., a future world-renowned cardiovascular surgeon, were early recipients of the award for their uncontrolled case series on cigarette smoking upon lung cancer victims at autopsy in the 1930s. Sir Richard Doll, a British physician, became the foremost epidemiologist of the 20th Century for pioneering epidemiologic studies, first with Sir Austin Bradford Hill and later with Sir Richard Peto — all who received the Alton Ochsner Award for their seminal contributions to the mortality hazards of cigarette smoking.

From 1995 to 2005, Science Watch ranked Hennekens as the third most widely cited medical researcher in the world and five of the top 20 were his former trainees and/or fellows. In 2012, Science Heroes ranked Hennekens No. 81 in the history of the world for having saved more than 1.1 million lives. In 2016, he was ranked the No. 14 “Top Living Medical Scientist in the World.”

Based in part on the pivotal work of Hennekens documenting the large clinical and public health hazards of smoking cigarettes, FAU President John Kelly adopted a university-wide tobacco free policy.