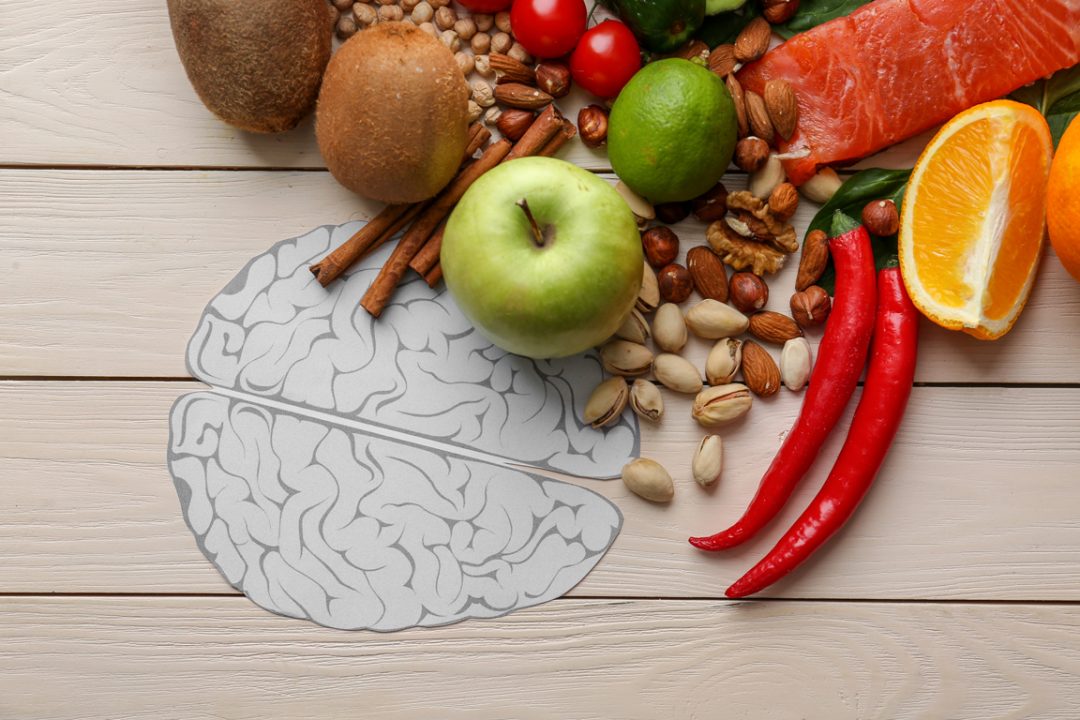 Study finds diet may contribute to cognitive resilience in the elderly.

Aging takes a toll on the body and on the mind. For example, the tissue of aging human brains sometimes develops abnormal clumps of proteins that are the hallmark of Alzheimer’s disease. How can you protect your brain from these effects?

Researchers at Rush University Medical Center have found that older adults may benefit from a specific diet called the MIND diet even when they develop these protein deposits, known as amyloid plaques and tangles. Plaques and tangles are a pathology found in the brain that build up in between nerve cells and typically interfere with thinking and problem-solving skills.

Developed by the late Martha Clare Morris, ScD, who was a Rush nutritional epidemiologist, and her colleagues, the MIND diet is a hybrid of the Mediterranean and DASH (Dietary Approaches to Stop Hypertension) diets. Previous research studies have found that the MIND diet may reduce a person’s risk of developing Alzheimer’s disease dementia.

Now a study has shown that participants in the study who followed the MIND diet moderately later in life did not have cognition problems, according to a paper published on Sept. 14 in the Journal of Alzheimer’s Disease.

“Some people have enough plaques and tangles in their brains to have a postmortem diagnosis of Alzheimer’s disease, but they do not develop clinical dementia in their lifetime,” said Klodian Dhana, MD, PhD, lead author of the paper and an assistant professor in the Division of Geriatrics and Palliative Medicine in the Department of Internal Medicine at Rush Medical College .

In this study, the researchers examined the associations of diet — from the start of the study until death — brain pathologies and cognitive functioning in older adults who participated in the Rush Alzheimer’s Disease Center’s ongoing Memory and Aging Project, which began in 1997 and includes people living in greater Chicago. The participants were mostly white without known dementia, and all of them agreed to undergo annual clinical evaluations while alive and brain autopsy after their death.

The researchers followed 569 participants, who were asked to complete annual evaluations and cognitive tests to see if they had developed memory and thinking problems. Beginning in 2004, participants were given an annual food frequency questionnaire about how often they ate 144 food items in previous year.

Using the questionnaire answers, the researchers gave each participant a MIND diet score based on how often the participants ate specific foods. The MIND diet has 15 dietary components, including 10 “brain-healthy food groups” and five unhealthy groups — red meat, butter and stick margarine, cheese, pastries and sweets, and fried or fast food.

To adhere to and benefit from the MIND diet, a person would need to eat at least three servings of whole grains, a green leafy vegetable and one other vegetable every day — along with a glass of wine — snack most days on nuts, have beans every other day or so, eat poultry and berries at least twice a week and fish at least once a week. A person also must limit intake of the designated unhealthy foods, limiting butter to less than 1 1/2 teaspoons a day and eating less than a serving a week of sweets and pastries, whole fat cheese, and fried or fast food.

Based on the frequency of intake reported for the healthy and unhealthy food groups, the researchers calculated the MIND diet score for each participant across the study period. An average of the MIND diet score from the start of the study until the participant’s death was used in the analysis to limit measurement error. Seven sensitivity measures were calculated to confirm accuracy of the findings.

“We found that a higher MIND diet score was associated with better memory and thinking skills independently of Alzheimer’s disease pathology and other common age-related brain pathologies. The diet seemed to have a protective capacity and may contribute to cognitive resilience in the elderly.” Dhana said.

“Diet changes can impact cognitive functioning and risk of dementia, for better or worse,” he continued. “There are fairly simple diet and lifestyle changes a person could make that may help to slow cognitive decline with aging, and contribute to brain health.”