Cardiovascular disease could be diagnosed earlier with new glowing probe 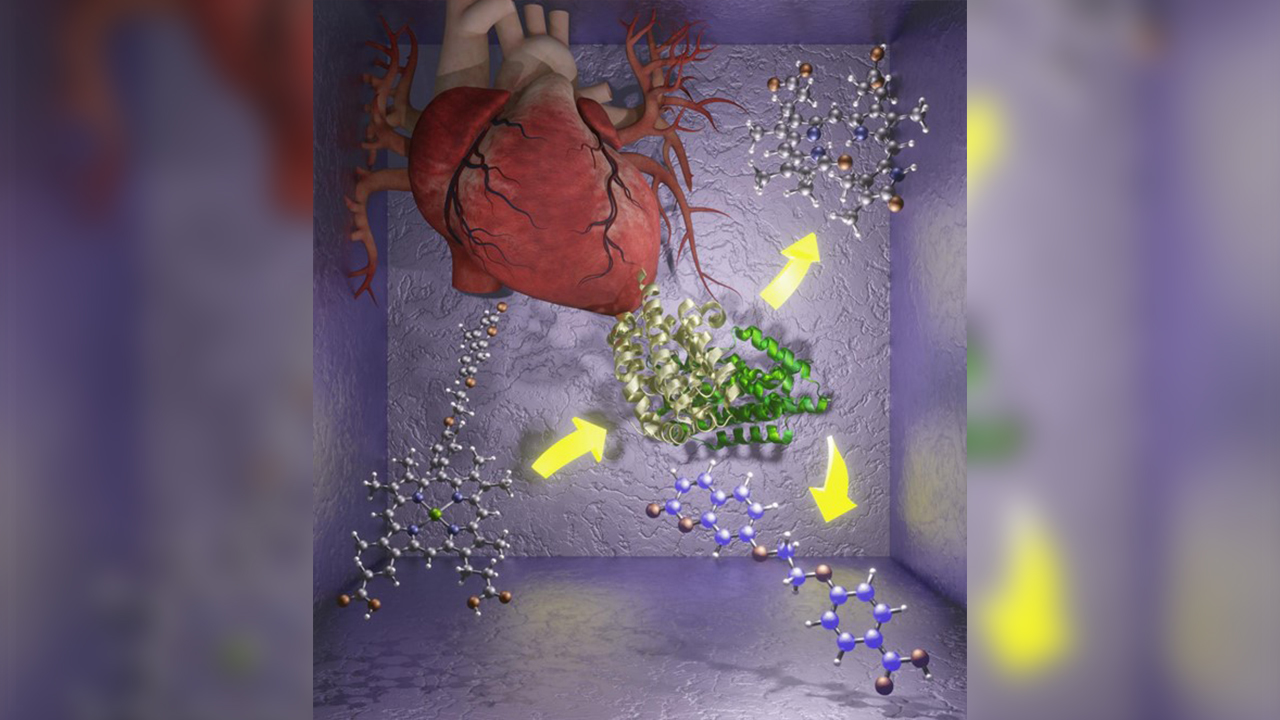 Researchers have created a probe that glows when it detects an enzyme associated with issues that can lead to blood clots and strokes.

The team of researchers, from the Department of Chemistry and the National Lung and Heart Institute at Imperial College London, demonstrated that their probe quickly and accurately detects the enzyme in modified E. Coli cells.

They are now expanding this proof-of-concept study, published in the Journal of the American Chemical Society and funded by the British Heart Foundation (BHF), with the hope of creating rapid tests for cardiovascular problems and a new way to track long-term conditions.

The build-up of plaque in the arteries – known as atherosclerosis – can lead to coronary artery disease and stroke, and is one of the leading causes of death in the Western world.

As atherosclerosis progresses, intraplaque haemorrhages (IPHs) can occur when portions of the plaque break away from the artery walls. These events can lead to the formation of more vulnerable plaques and blood clots, restricting blood flow to the heart and the brain and potentially leading to chronic diseases or catastrophic events like strokes.

Detecting IPHs and their impacts would therefore provide a warning system and allow early diagnosis of vascular conditions. The research team designed a chemical probe that can detect rises in levels of an enzyme that accompanies IPHs and even plaque instabilities that precede IPHs.

Study co-lead Professor Nicholas Long, from the Department of Chemistry at Imperial, said: “Progress in the field of early cardiovascular disease has been rather limited and slow-paced but this new probe, and others that we are developing, will go a long way to addressing this by providing real-time and easily measured responses to diagnostic enzymes.”

Study co-lead Dr Joe Boyle, from the National Heart and Lung Institute, added: “Ultimately, these probes could provide the basis for diagnostic tests at the GP, ambulances or in hospitals for quick identification of cardiovascular diseases. The probes could also provide real-time analysis of the underpinning biological processes involved in vascular disease, providing new insights and potentially new ways to track the progress of chronic disease.”

The team’s probe works by detecting an enzyme that is released in large quantities during IPHs, called heme oxygenase-1 (HO-1). Previous attempts to screen for HO-1 have been unreliable and cannot be used to detect real-time changes, but the new probe addresses both these issues.

Professor James Leiper, associate medical director at the BHF, said: “Current methods to detect IPH rely on hospital-based imaging techniques that are both time consuming and expensive. The current technology aims to produce a fast and sensitive diagnostic test that can be used at the time that a patient first presents with symptoms to allow early detection of IPH. Use of such a test would allow for more rapid treatment and improved outcomes for patients suffering from IPH.”

The team are now extending their studies to mammal and human cells. They have recently patented their probe and have received funding from the British Heart Foundation to make a new generation of probes for other cardiovascular and neurodegenerative diseases, and to carry out more in-depth biological investigations of the underlying mechanisms.