Cannabis use could cause harmful drug interactions 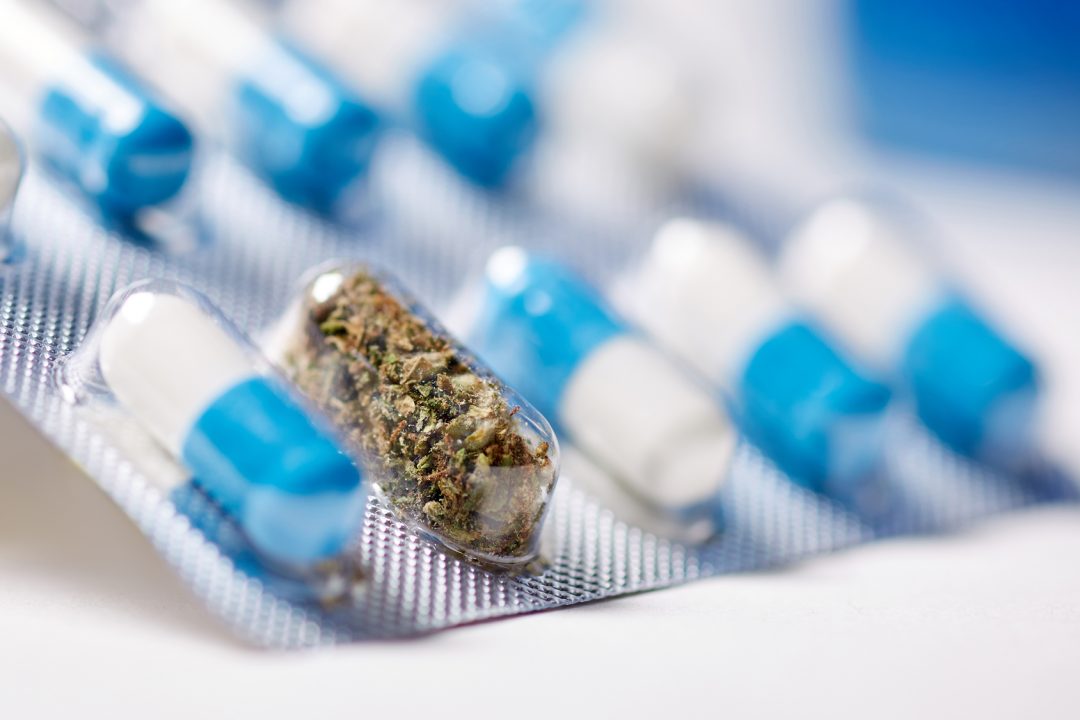 Using cannabis alongside other drugs may come with a significant risk of harmful drug-drug interactions, new research by scientists at Washington State University suggests.

The researchers looked at cannabinoids — a group of substances found in the cannabis plant — and their major metabolites found in cannabis users’ blood and found that they interfere with two families of enzymes that help metabolize a wide range of drugs prescribed for a variety of conditions. As a result, either the drugs’ positive effects might decrease or their negative effects might increase with too much building up in the body, causing unintended side effects such as toxicity or accidental overdose.

While more research needs to be done, the authors said one early takeaway from these studies is that it’s important to be careful when using cannabis with other prescription drugs.

“Physicians need to be aware of the possibility of toxicity or lack of response when patients are using cannabinoids,” said Philip Lazarus, senior author on the papers and Boeing distinguished professor of pharmaceutical sciences. “It’s one thing if you’re young and healthy and smoke cannabis once in a while, but for older people who are using medications, taking CBD or medicinal marijuana may negatively impact their treatment.”

The findings were described in a pair of studies published in the journal Drug Metabolism and Disposition. One study focused on a family of enzymes known as cytochrome P450s (CYPs), whereas the other looked at UDP-glucuronosyltransferases (UGTs), another enzyme family. Together, these two enzyme families help metabolize and eliminate more than 70 percent of the most commonly used drugs from the body.

“Cannabinoids stay in your body only for about 30 minutes before they are rapidly broken down,” said first author Shamema Nasrin, a graduate student in the WSU College of Pharmacy and Pharmaceutical Sciences. “The metabolites that result from that process stay in your body for much longer — up to 14 days — and at higher concentrations than cannabinoids and have been overlooked in previous studies, which is why we thought we should focus on those as well.”

The researchers used manipulated human kidney cells that allowed them to look at a single enzyme at a time and validated their results in human liver and kidney specimens in which many of these enzymes were present. They found that cannabinoids and the major THC metabolites strongly inhibited several CYP enzymes. One key discovery was that one of the most abundant THC metabolites, called THC-COO-Gluc — which had not been previously studied in this context — appears to play a major role in inhibiting several key enzymes in the liver. Looking at the UGT enzyme family, the researchers found that all three cannabinoids, but especially CBD, inhibited two of the primary UGT enzymes present in the liver. CBD was also found to block three enzymes that account for about 95 percent of kidney UGT metabolism, which helps clear toxins and certain drugs from the body.

“If you have a kidney disease or you are taking one or more drugs that are metabolized primarily through the kidney and you’re also smoking marijuana, you could be inhibiting normal kidney function, and it may have long-term effects for you,” Lazarus said.

Nasrin added that these interactions between CBD and UGT enzymes could be inhibiting kidney function in patients with acute kidney disease or kidney cancer, who may be using CBD to treat pain or to try to reduce the side effects from anti-cancer drugs.

“Taking CBD or marijuana might help your pain but could be making the other drug you’re taking more toxic, and that increase in toxicity may mean that you can’t continue taking that drug,” Nasrin said. “So, there could be serious ramifications for anti-cancer drugs, and that’s only one example of the many drugs that could potentially be affected by the cannabinoid-enzyme interactions we’re seeing.”

Others who worked with Nasrin and Lazarus on this research include Christy Watson, Yadira Perez-Paramo, Keti Bardhi, Gabriela Fort and Gang Chen, all of whom are, or previously were, at the WSU College of Pharmacy and Pharmaceutical Sciences.

Funding for these studies came from the Health Sciences and Services Authority of Spokane County and the State of Washington’s Initiative Measure No. 502, which funds the university’s Alcohol and Drug Abuse Research Program.