Home  ›  News  ›  Medicines and Therapeutics  ›  Breastfeeding, even for a few days, linked to lower blood pressure in early childhood

Breastfeeding, even for a few days, linked to lower blood pressure in early childhood 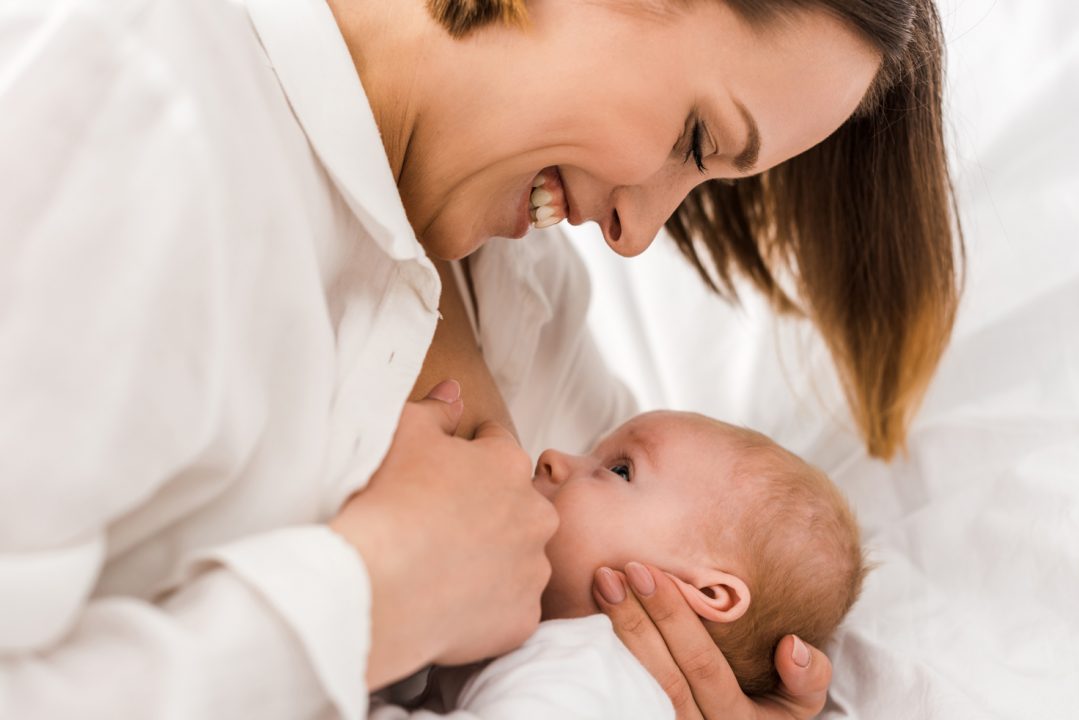 “This is the first study to evaluate the association of breastfeeding in the first days of life and blood pressure in early childhood,” said lead study author Kozeta Miliku, M.D., Ph.D., clinical science officer of the CHILD Cohort Study and post-doctoral fellow in medicine at McMaster University in Hamilton, Ontario, Canada. “Infants who received even a relatively small amount of their mother’s early breast milk, also known as colostrum, had lower blood pressure at 3 years of age, regardless of of how long they were breastfed or when they received other complementary foods.”

Colostrum is known to be especially rich in growth factors, immunologic components and stem cells that are extremely beneficial to newborns and only found in human breastmilk.

Researchers used data from the ongoing Canadian CHILD Cohort Study — a study of over 3,000 children who were born between 2009-2012 and have been followed ever since to understand how early life experiences shape health and development. They analyzed infant feeding information collected from hospital records and caregiver questionnaires for nearly 2,400 children.

Among those children, 98% were breastfed to some extent, including 4% who received “early limited breastfeeding” defined as a few breastfeedings during the hospital stay. Only 2% of children in the study were not breastfed at all.

Among breastfed children, 78% were breastfed for six months or more and 62% were exclusively breastfed for at least three months. Exclusive breastfeeding meant breast milk only, without any formula, solid foods or other fluids since birth. On average, mothers who never breastfed were younger, more likely to smoke during pregnancy and less likely to have a post-secondary degree, compared to the mothers who breastfed briefly or beyond their hospital stay.

At 3 years of age, the children who were never breastfed had higher blood pressure measures (average 103/60 mm Hg), compared to those who were breastfed for any duration (average of 99/58 mm Hg).

Among the infants who received only limited early breastfeeding while in the hospital as newborns, blood pressure measures were also lower (average of 99/57 mm Hg) compared to those who were never breastfed (average of 103/60 mm Hg).

Blood pressure among the toddlers who had been breastfed was lower regardless of their body mass index at age 3 or their mothers’ social, health or lifestyle factors.

Blood pressure was also lower among toddlers who had been breastfed, regardless of how long they were breastfed or if they received other complementary nutrition and foods.

“The benefits of sustained and exclusive breastfeeding are well documented for numerous health conditions, including respiratory infections and diarrheal disease during infancy, and chronic conditions including asthma and obesity later in life,” said senior study author Meghan B. Azad, Ph.D., deputy director of the CHILD Cohort Study, associate professor of pediatrics and child health at the University of Manitoba, and research scientist at the Children’s Hospital Research Institute of Manitoba in Winnipeg, Canada. “Our study suggests that for cardiovascular outcomes such as blood pressure, even a brief period of breastfeeding is beneficial. This points to colostrum as a key factor in shaping developmental processes during the newborn period. For many reasons, sustained breastfeeding should be strongly supported, and it is also important to understand that ‘every drop counts,’ especially in those critical first few days of life.”

“Doctors and public health policymakers should consider the importance of educating new mothers about breastfeeding and offering immediate postpartum lactation support,” said Azad, who co-directs the Manitoba Interdisciplinary Lactation Centre. “Our study’s results suggest the short-term savings from not providing in-hospital breastfeeding support and discharging moms too quickly could be greatly outweighed by the long-term costs from reduced cardiovascular health later in life.”

Researchers noted further investigation is warranted to examine the bioactive components of colostrum, understand how they influence cardiovascular development and determine their long-term associations with cardiovascular health. The study has some limitations including its observational design, meaning it does not allow researchers to confirm a cause-and-effect relationship between breastfeeding and blood pressure in early life. In addition, researchers collected only a single blood pressure measurement, rather than taking the average of at least two measurements, and there were few infants who had never been breastfed, which limited comparisons.

“This important study provides ongoing support for the premise that care during infancy can influence heart health. While further investigation is needed to understand the mechanisms responsible for the positive impact of early breastfeeding on blood pressure in young children, the authors should be commended for their identification of a modifiable factor that has the potential to improve child health,” said Shelley Miyamoto, M.D., FAHA, chair of the American Heart Association’s Council on Lifelong Congenital Heart Disease and Heart Health in the Young (Young Hearts) and Jack Cooper Millisor Chair in Pediatric Heart Disease and director of the Cardiomyopathy Program at Children’s Hospital Colorado in Aurora.