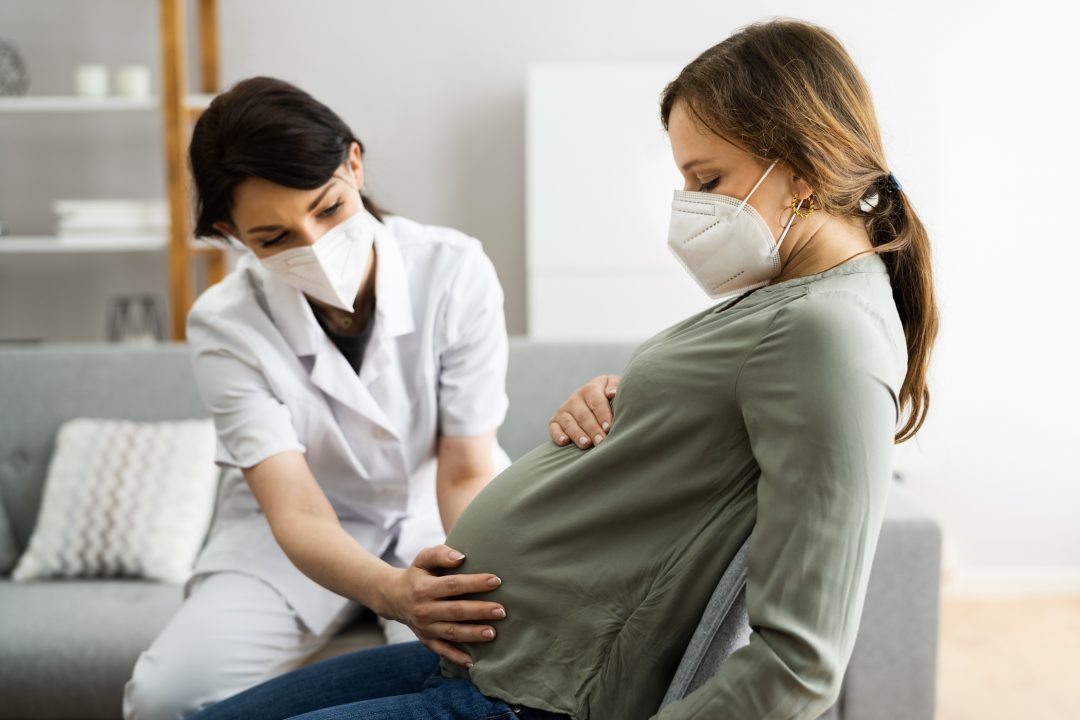 A small preliminary study from Northwestern Medicine has shown that a blood test may identify risk of stillbirth and placentitis in pregnant individuals who have had COVID-19. The finding builds on another study with similar results and could have implications in how physicians screen for and address high-risk pregnancies.

Research has shown pregnant people with COVID-19 have a higher risk of stillbirths and other pregnancy complications. Anecdotal reports have also reported potentially higher cases of stillbirths caused by certain variants, leading to increased concern in the scientific community. Scientists identified a link between COVID placentitis, in which the virus infects the placenta, and these poor outcomes, but can only diagnose instances of placentitis after delivery by examining the placenta.

The new paper, published this week in the journal PLACENTA, illuminates a link between placentitis and circulating SARS-CoV-2 virus.

“Right now, we don’t know if there’s placentitis until after the fact,” said Northwestern’s Dr. Leena Mithal, the paper’s first author. “We’re laying groundwork for further studies so that in the future, people who are diagnosed with COVID during pregnancy may be able to get a test that will help identify pregnancies that may be at higher risk of stillbirth or fetal distress.”

Mithal is an assistant professor of pediatric infectious diseases at Northwestern University Feinberg School of Medicine and an attending physician at Ann & Robert H. Lurie Children’s Hospital of Chicago. Dr. Jeffery Goldstein, the director of perinatal pathology at Feinberg, led the study and is the corresponding author.

Placentitis affects between 1% and 2% of pregnant people infected with COVID-19. Unlike many pregnancy complications, the risk of placentitis and stillbirth isn’t linked to the severity of the virus. Dr. Elisheva Shanes, a co-investigator of the study and assistant professor of perinatal and autopsy pathology at Feinberg, said that makes predicting which placentas are at risk next to impossible, because an asymptomatic infection could just as easily have complications as a very sick person.

Using a biorepository of blood taken from pregnant people during the pandemic in 2020, the scientists looked at the blood of participants who had tested positive for COVID-19 during pregnancy — six who were positive for placentitis and 12 controls who were not. Then, scientists at the Center for Pathogen Genomics and Microbial Evolution looked for RNA of the virus in maternal blood using the same PCR-based test usually performed on nasal swabs.

Of those who had placentitis, two had low levels of viral RNA (called viremia) in their blood; none of the controls did. One of the people with viremia had a stillbirth, and the other had a well infant; all participants who tested negative for the marker delivered healthy babies.

“The part of the placenta infected by the virus is also the part that’s in contact with maternal blood,” Shanes said. “So if there’s infection in these cells, the virus may also be found in the blood. If a pregnant person had COVID and no placentitis, we wouldn’t expect to find virus in the blood.”

Most pregnant patients with COVID-19 will go on to have normal pregnancies. Improved versions of this test and additional studies to validate the finding could help obstetricians develop plans for those who are at a high risk of placentitis and stillbirth, Shanes said. Investigators plan to conduct follow-up studies with larger pools of participants and hope other labs will build on the small body of literature to further validate the findings.

The best way to protect both the parent and baby is to get vaccinated, the authors said. In their observations, stillbirths have been more common in unvaccinated patients.

“We don’t know why viremia does or doesn’t affect some people, but the vaccine does seem to protect against severe complications,” Mithal said.