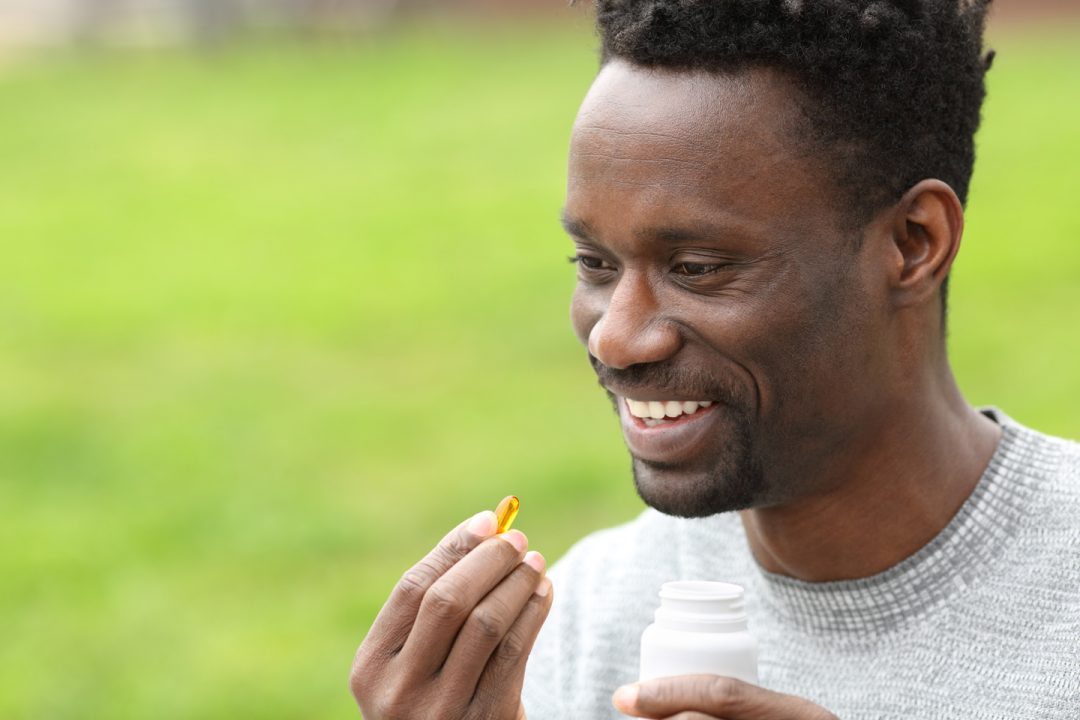 Vitamin D is essential for absorbing calcium and has a direct link to bone and immune health. Vitamin D deficiency has also been linked to certain cancers, multiple sclerosis, diabetes and other health conditions.  Individuals living in the UK, especially those with darker skin types, are at risk of vitamin D deficiency, especially during the winter months when it is not possible to source vitamin D from the sun.

Researchers from the University of Surrey conducted a review of blood levels of vitamin D, as well as vitamin D intake, in members of the UK black community.

The study aimed to measure levels of vitamin D deficiency in the UK African-Caribbean population through analysis of the UK Biobank data set, which contains data on the health and well-being of more than 502,000 individuals.

Dr Andrea Darling, senior author of the work from the University of Surrey, commented:

“This is very concerning because we also found that more than 95% of the black community population has an insufficient intake of vitamin D. The high levels of deficiency and insufficiency revealed by the study are troubling because of the association between poor vitamin D intake and poor bone and immune health.”

The Surrey researchers found that not consuming oily fish, such as salmon and tuna and not taking vitamin D supplements were associated with an increased likelihood of having vitamin D deficiency.  They concluded that public health messaging for this group should focus on year-round vitamin D supplementation and increasing intakes of culturally appropriate vitamin D-rich foods. These data also support the urgent requirement for a revised vitamin D RNI for ethnic minority groups.

Rebecca Vearing, PhD research student from the Department of Nutritional Sciences at the University of Surrey, said:

“Our findings suggest that there is a need for further public health messaging, especially for ethnic minority groups, to promote vitamin D supplementation and intake of food naturally rich in vitamin D such as oily fish and eggs, or foods such as breakfast cereals which are fortified with vitamin D.”