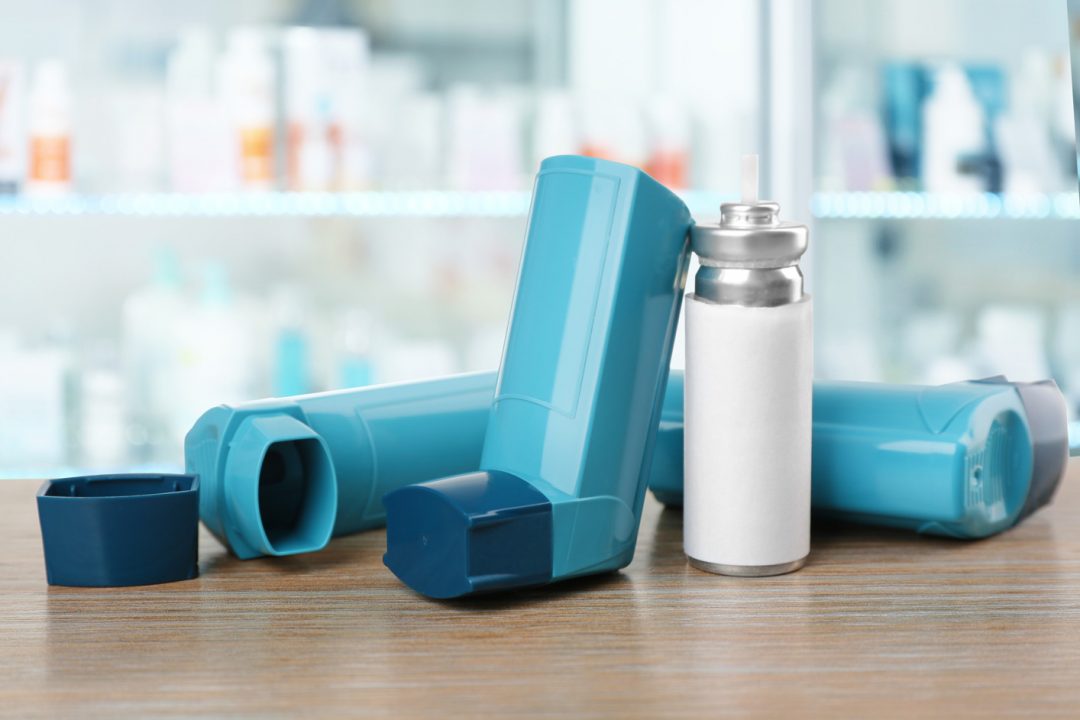 For many, inhalers are a sort of miracle drug. From gasping for air one minute, to breathing normally the next, patients can experience significant relief after one or two puffs. What few people realize is that these life-saving medicines can actually stop working in the long term, especially in people who use them often and in high doses.

Researchers around the world have been looking for ways to improve the drugs delivered by inhalers to make them more potent and longer acting, with little success to date. A new study from the lab of pulmonary scientist, Deepak Deshpande, PhD, identified a new compound that can be added to an existing drug  that could bridge the gap.

“This specific type of drug discovery approach has been aggressively pursued for years by both academia and industry; nothing discovered to date shows the properties that Dr. Deshpande’s compound exhibits,” says Raymond Penn, PhD, director of Jefferson’s Center for Translational Medicine and co-author on the study.

The researchers discovered a molecule that can increase the potency of one of the main ingredients in asthma inhalers (beta agonist), whose purpose is to relax airway smooth muscle and open up contracted airways. “When we make a drug more potent, we need less of it to control symptoms,” explains lead author on the study Dr.  Deshpande. “Less drug also means that a person is less likely to accumulate the side effects that make the drug stop working. We’re very excited by these results and how they might improve asthma medication.”  The study was published in the journal PNAS.

Some anti-asthma drugs work by reducing inflammation in the lining of the airways, others work by reducing airway-muscle constriction, and still others include a mixture of both medications. Dr. Deshpande’s group focused on beta-agonists, since this class of drugs can eventually stop working.

Researchers have a pretty good idea of why these drugs stop working. Normally, the beta agonist lands onto a receptor on the surface of muscle cells, like a baseball getting caught in a glove. That catch triggers a series of biochemical reactions in the cell that ultimately relax the muscle tension of the airways. But once the drug is caught by the receptor, the receptor itself tends to stop working, and over time can even degrade. It’s as if the catcher walks off the field every time she catches the ball and the team has to play with one fewer catcher.

That isn’t a problem when the drug is used once in a while. But for people who use this type of inhaler frequently, the cell doesn’t have enough time to produce new receptors in between puffs.

Dr. Deshpande’s team at the Center for Translational Medicine searched for a way to change how the beta-agonist is caught by its receptor. They developed a second compound that only works after the beta-agonist lands onto its receptor. This second compound stabilizes the receptor conformation. It essentially makes the catcher’s glove sticky and keeps her in the game.

The researchers were able to show that when their compound was delivered in mice along with the beta-agonist, the strength of the drug improved 60-70%, without a similar increase in receptor degradation. “In theory, this means our compound could improve the therapeutic effect of beta agonists, but we have more tests to run in order to understand the extent to which this approach improves a beta agonist’s longevity. But our results give a very strong impression that it does,” says Dr. Deshpande.

Developing an add-on compound rather than an entirely new kind of anti-constriction medicine takes advantage of the fact that beta agonists have been used for years and tend to be safe and effective for most people. If future tests and clinical trials confirm what this research suggests, this new add-on drug could be available to patients much sooner than a traditional new drug.